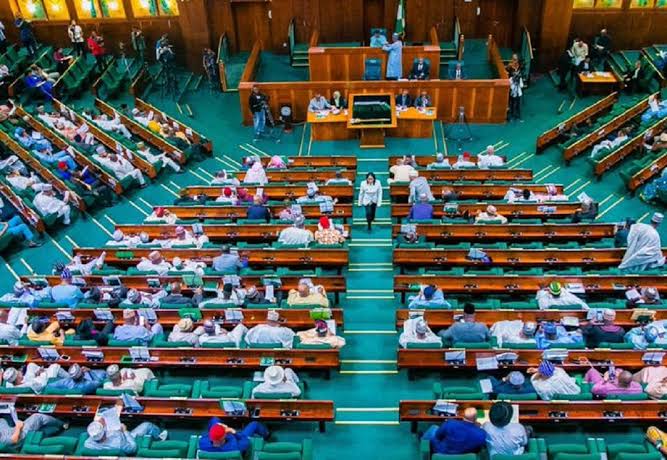 Prof. Ihonvbere at the Board’s Conference Room, in Abeokuta, stated that their visitation was not to witch-hunt anybody, but to tap from the initiatives and experience of the Board for other States to be emulated.

He added that the visitation was part of the National Assembly oversight function in ensuring that funds released for intervention projects were judiciously utilized, also to see how the State’s SUBEB could be improved for more efficiency.

The Members of the Committee later went round to some ongoing and completed projects executed under the 2014-2017 UBEC/SUBEB counterpart intervention funds, while the Committee Chairman was delighted that the funds for the projects were not diverted but judiciously applied according to schools’ need.

Earlier, in his welcome address, the Executive Chairman, Ogun State SUBEB, Dr. Femi Majekodunmi expressed delight that the visit was symbolic and an attempt to ignite conversations on how to move basic education forward in the State.

He also appreciated the State Governor, Prince Dapo Abiodun for towing the path of honour through his laudable efforts to reposition Basic Education in the State.

“In fact, we really hailed our Governor, Prince Dapo Abiodun for his mission for the Basic Education in the State, indeed, it is in line with the qualitative, accessible, functional and technology-driven education mantra of his administration,” Majekodunmi said

He described the State as the cradle of education, noting that the State has the largest concentration of Education establishments in the country.