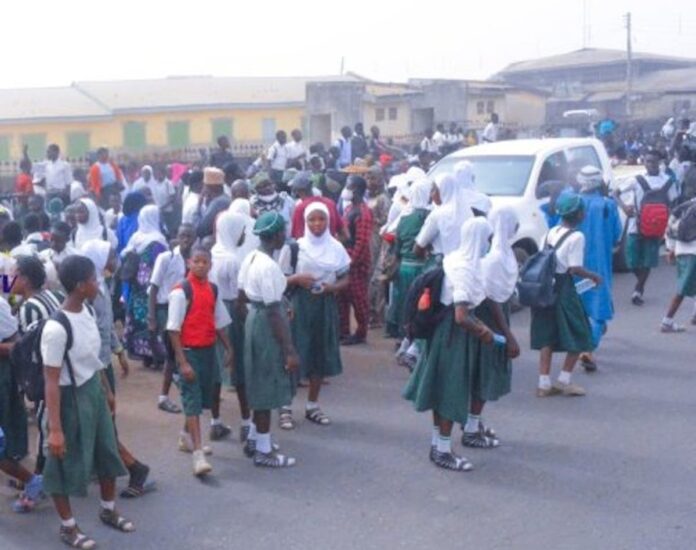 The 10 schools shut down by the Kwara State Government in February over the crisis on the wearing of Hijab (Islamic headscarf) by Muslim female students resumed academic activities on Monday.

Both students and teachers entered the school with little resistance especially at Baptist Secondary School, Surulere and Cherubim, and Seraphim College, Sabo-Oke in Ilorin where Christians and Muslims clashed last week.

Some students who spoke with The PUNCH correspondent expressed delight to resume classes.

A leader of the Muslim Society of Nigeria in Kwara State, Abdulrahman Abdulmumin, said that he was at Baptist Secondary School to ensure that the school obeyed the government directive on the wearing of hijab.

Speaking on the development, the Police Public Relations Officer, Ajayi Okasanmi, said normalcy had since been returned to schools and business community in the metropolis.

Meanwhile, following the crisis rocking the issue of hijab usage in 10 grant-aided schools in the state, the state government on Monday said that it is gradually achieving its aim.

Speaking with journalists at the Surulere Baptist school, Ilorin during his monitoring to the 10 schools on Monday, the chairman of Teaching Service Commission, Bello Abubakar, said some Senior Secondary School three students and others have resumed for lectures.