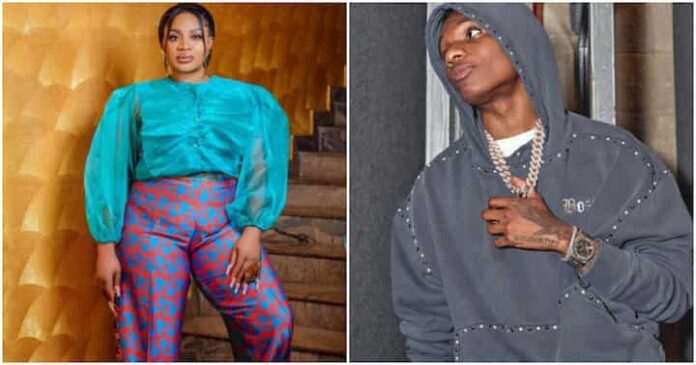 Nollywood actress Uche Ogbodo has joined the long list of Nigerians who have called out singer Wizkid over his statement about Nigerian rappers.

The musician had called his colleagues broke boys and affirmed that they are not rappers because there are only three in Africa, and they aren’t Nigerians.

Actress Uche Ogbodo questioned why the Bad To Me crooner would say such a thing about his people and disregarding loyalty.

She continued by wondering why Nigerians have to hate other Nigerians out of selfishness.

The mum of two then publicly declared that all Nigerian rappers are the biggest and greatest.

In her Instagram story channel, the actress pointed out that Davido would never behave the way Wizkid did.