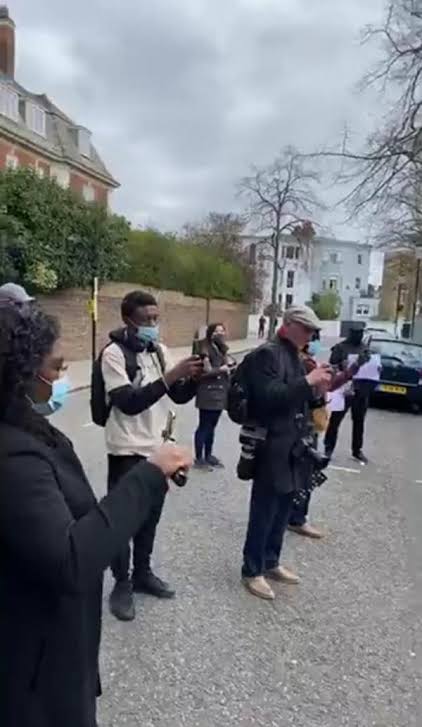 The former spokesperson of Jonathan, Reno Omokri has once again led protest against President Muhammadu Buhari in London, United Kingdom.

According to report, Reno Omokiri resumed the campaign against President Buhari’s stay in London on Thursday.

Recall that Some Nigerians in the United Kingdom had stormed the Abuja House, 2 Campden Hill, Kensington, London demanding for president Muhammadu Buhari’s repatriation.

Reno Omokri, had said they were there to chase the president back home during the protest tagged “#HarrassBuharioutofLondon.”

Following the protest, on Monday that Buhari’s supporters stormed the Abuja House in London where the Nigerian leader is said to be going through a routine medical check-up with placards praying for the President.

It was a counter-rally, in the wake of a protest by an anti-Buhari group led by Reno Omokri.

And on Thursday morning, Omokri shared another video, with the protesters gathering at the same venue, vowing to harass the Nigerian leader back to his country.

They are making numerous corruption allegations against the current administration.