Halt the bill to amend the Press Act, NBC 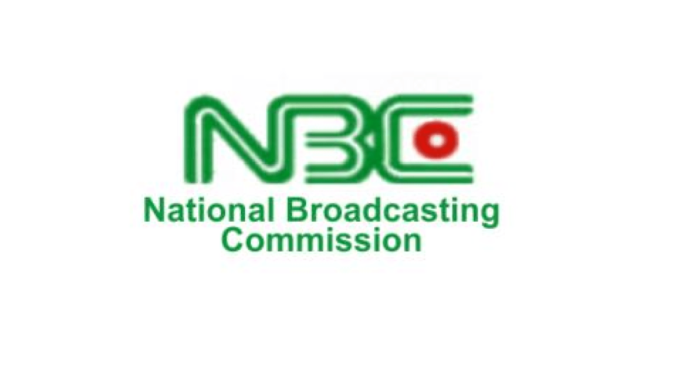 The Nigerian Press Organisation (NPO), comprising the Newspaper Proprietors’ Association of Nigeria (NPAN), the Nigerian Guild of Editors and the Nigeria Union of Journalists (NUJ) rose from its meeting in Lagos on July 1, 2021, with a resolution condemning the ongoing attempt by the federal government through the National Assembly to muzzle the Nigerian press via an amended, draconian Nigerian Press Council Act and the National Broadcast Code.

The bill entitled, An Act to amend the Nigerian Press Council Act Cap. N128, Laws of the Federation of Nigeria 1992 “to remove bottlenecks affecting its performance and make it in tune with the current realities in regulating the press and for related matters”, is not only a negation of democratic principles and ethos but also seeks to deny the Nigerian media the right to effectively and efficiently perform its constitutional role of the Fourth Estate of the Realm.

The outrageous bill proposes to regulate the print media via a press code and standards, grant or revoke publishing licenses, register or delist journalists as well as ensure truthful, genuine and quality services and media practitioners. It confers on the Press Council the power to determine ethics and fake news, investigate infractions and impose fines on journalists, publishers and distributors. It proposes fines of up to N. 25m on the journalist, and N5m on a corporate body. It specifies jail terms of one to three years and fines ranging from N.25m to N5m on journalists, news agents and media outlets. It also proposes a fine of between N2m to N5m to erring purveyors, two years in jail and compensation for fake news, while the medium of publication is liable to N10m fine or closure for one year in addition to payment of N20m as compensation to the aggrieved party.

The bill, draconian and anti-press freedom in all its ramifications, is a poor mix and resurrection of the obnoxious Public Officers Protection Against False accusation Decree No. 4 of 1984 and the Newspapers Registration Decree 43 of 1993, both vestiges of the dark days of military rule. It assumes that there are no extant laws to penalise media infractions and exact restitution for the aggrieved persons. The new NBC is no less galling, making the minister of information the monster minister with sweeping powers to make and enforce regulations online and offline. We make bold to say that only God has the power to determine who should live and who should die. No mortal should be assigned such power over the media space and drag us back to the dark days of military dictatorship.

The bill as currently concocted, is a sinister, draconian legislative ambush, which seeks to choke the media with exactly those prayers the NPAN has taken before the Supreme Court of Nigeria, seeking relief to unshackle the press in a democracy, and encourage it to perform its constitutional responsibility of holding the government accountable to the people at all times, as enshrined in Section 22 of the 1999 Constitution, as amended. The ambush is amplified by the hush-hush manner of a legislative public hearing which was conducted, without a formal invitation to the key stakeholders – NPAN, NGE and NUJ – while the only one that got an invitation, received same at the venue and on the day of the hearing.

The tango over this law has a long history from the 1978 attempts by the state to shackle the press, using a state-imposed press regulatory platform. The NPO, having painstakingly studied the provisions of the proposed bill in the context of its implications for free speech, press freedom, media independence, safety of journalists and the right to operate as a business in accordance with the laws of the federation, reaffirmed its position as with its precursors. Thus, it restates that the proposed bill is unconstitutional as it runs against the principle and tenets of the rule of law; that it is subjudice of a pending case on the subject matter before the highest court of the land – the Supreme Court; that it violates the rule of the National Assembly not to deliberate on matters that have been surrendered to the court for adjudication.

It also said the bill seeks to criminalise journalism business and practice despite the surfeit of laws of the country with enough provisions and avenues for legal redress where individuals or groups feel ‘offended’ by media reports or business infractions; that the bill smacks of an attempt at undue suffocation of the operations of the media business away from the Company and Allied Matters Act provisions; that the bill seeks to invest the regulatory bodies with judicial powers, and usurp the powers of the courts; that the bill lacks any redeeming feature of a good law as it is discriminatory and offensive to public good and morality.

Therefore, the NPO resolved to: (a) Fight hard and fightback to resist the onslaught on the right of the people to know, free speech and freedom of the press, by disseminating as widely as possible, available information that would aid the cause. On July 12, 2021, all newspapers to stage a Front Page Protest by publishing a common designed artwork, denouncing government ‘s attempt to stifle the people’s ‘ rights to know and freedom of speech. July 13, 2021, all newspapers to carry a front page editorial with a central theme – denouncing government’s attempt to stifle the people’s right to know through its crude attempt to return the country into the draconian era of the military, even as we are in a democracy. July 14, 2021 publication of materials explaining why and what prompted activities of the two previous days. Orchestrate interviews with journalists, lawyers, activists who are sympathetic to a free press. Feature writers and opinion writers should be encouraged to give their perspectives on the subject.

(b) NPO’s powerful delegation to engage both the Senate President and the Speaker of the House of Representatives intimating them why it is not in their best interest and even in the interest of the nation, to pursue a government regulated Media instead of a Media that self regulates. (c) Take the wind off the sails of proponents of a government regulated media, by restarting a self regulatory mechanism using the Ombudsman, but rechristened as the Public Complaints Commission/Ombudsman. (d) Document why the press is against a government regulated media and drop the letters in the mail box of each of the Senators and Representatives. (e) Explore the possibility of creating a broader media organisation – The Nigerian Media Organisation, by bringing both the Print and electronic media under one umbrella. (f) Institute a Media Empowerment Programme through a Media Trust Fund that will among others: Ensure insurance for journalists Fight for journalists being harassed by state or non-state actors. Support journalists in distress where his/her employer could not help or where the affected journalist is a freelance, among others. (g) Chronicle all the anti-media laws and prepare a lobby for their amendment by the National Assembly. (h) Introduce a regular media journal for the industry.

As an active member of the NPO, Blueprint deems it necessary to call on the National Assembly to jettison the ongoing process of the amendment of the Nigerian Press Council Act and the National Broadcast Code. We view the entire gamut of the exercise as obnoxious, repulsive, in bad taste and running against the grain of the rule of law including the Freedom of Information Act 2011, an extant law.