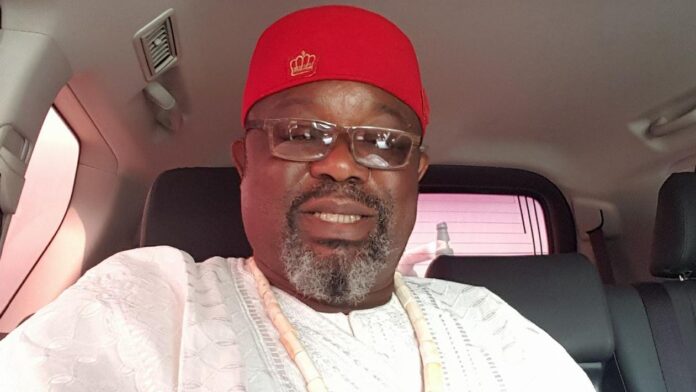 A former Commissioner for Rural Development in Enugu State, Gab Onuzulike, has been reportedly killed by yet to be identified gunmen.

It was gathered that Onuzulike, a former Chairman of Oji River Local Government Area, was shot dead Friday evening.

He was killed alongside his elder brother, Elvis Onuzulike, who was with him.

A gruesome video circulating online shows the blood-soaked bodies of the victims, with residents wailing.

The incident occurred while the ex-commissioner was returning from a burial ceremony at Nkpokolo Achi area of the State.

A source disclosed that a team of security men gave the gunmen a hot chase, killed one of them and arrested another member of the gang.

The development has thrown residents of Oji River and its environs into tension.