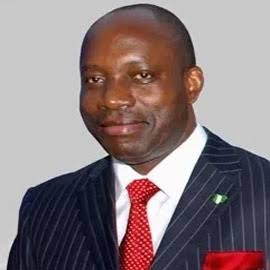 Unkown gunmen have attacked the former Governor of the Central Bank of Nigeria (CBN), Prof. Charles Soludo, in his community, Isuofia, in Aguata Government Area of Anambra State.

Three Policemen attached to the former CBN boss was said to have been killed in the process.

According to report, Prof Soludo was meeting with some youths of the community when the gunmen ambushed him and his escort.
Prof. Soludo whereabout was unknown as he has been whisked away by the remaining of his security details
Unconfirmed reports have it that the Commissioner for Public Utilities, Emeka Ezenwanne, who was at the event was taken away by the gunmen.

Police spokesperson in the state, DSP Ikenga Tochukwu, confirmed the incident but said that he was still gathering information on the ugly development.