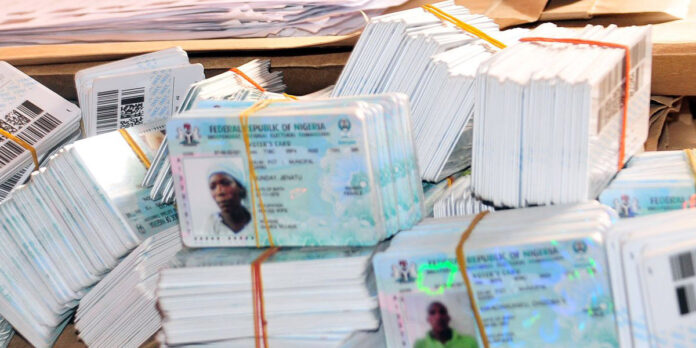 A group under the Coalition of Northern Groups has tasked northerners to obtain permanent voter cards to enable them vote credible leaders that would address the challenges tormenting the region.

The spokesperson for the group, Abdul-Azeez Suleiman, made this known while addressing a news conference in Kano on Monday.

In his statement, “We also note, uncomfortably, the likelihood of voter apathy in the North with the current lower participation in the ongoing update of voter registration compared to other parts of the country, hence our decision to call on eligible voters to obtain the card.

“We want to remind the northern voter to be vigilant with the direction of his voting by refusing to be pinned to political party specifics and going for candidates with pronounced credibility, competence, capacity and with the antecedent of impliedly lyrics and expressly identifying with their problems around security, the economy and education.

“We wish to also remind Nigerians of the danger of risking their collective future by not critically assessing and evaluating the credentials of the candidates presented by the parties in terms of capacity, competence, integrity, and merit before making a choice,”

The group condemned in strong terms the monetisation of politics and compromise of the party delegates and called for a thorough investigation into how money was used in recent primary elections by aspirants.

“To categorically state that the operational system by which a negligible few enjoys the sole prerogative for imposing candidates on the larger majority shall never endure and must be utterly rejected,” he said.

“We note, in particular, that the dubiously acquired and arrogantly expended billions of naira by aspirants in, especially, the ruling APC and its main challenger, the PDP, in bankrolling individual aspirations at all the levels, have totally monetised the primary candidates’ selection processes, automatically disqualifying men of honour, character, integrity and merit from the race for 2023 and potentially placed the hopes of this and future generations of Nigerians in the line.

The group also maintained that “The CNG notes also, in the manner of the primaries conducted by the PDP and the APC, the foundation for a final entrenchment of a culture of making money the deciding factor in Nigerian politics that would serve the purposes of consolidating elite monopoly as well as the political exclusion of the non-elite.

“We are also worried that the glaring impunity with which aspirants to the presidential tickets of, especially, the two major parties, induced their respective party delegates has ultimately left the millions of Nigerian voters with the hard and only choice between two traditional old war horses for the presidency.