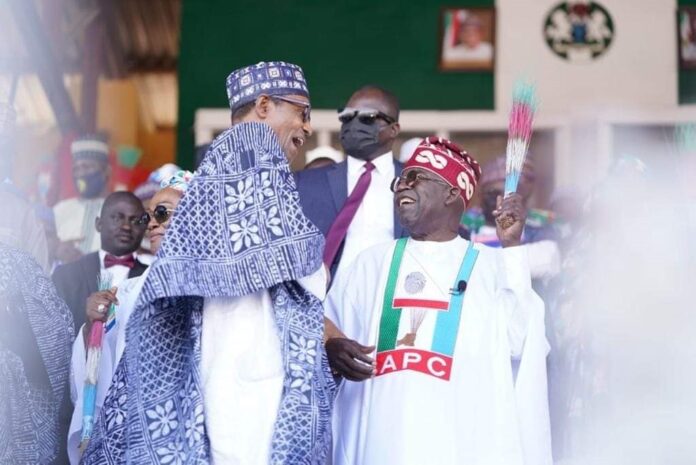 Plateau State is on standstill for the kick off of the presidential campaign of the All Progressives Congress flag bearer, Asiwaju Bola Tinubu, and his running mate, Kashim Shettima ahead of 2023 general elections.

President Muhammadu Buhari, State Governors and top members of the ruling All Progressives Congress (APC) are currently in Jos, capital of Plateau State.

The campaign is ongoing at Ruwang Pam Township Stadium, which is filled to capacity.

Reports also say there’s heavy presence of security at the venue of Tuesday’s rally for the presidential candidate of All Progressives Congress, Bola Tinubu, in Jos, Plateau State capital.

As early as 9am, the venue had come alive with activities as local disc jockeys and drummers were seen entertaining party supporters who trooped into the stadium wearing colourful ‘aso ebi’ that had the faces of the APC presidential candidate, Bola Tinubu, and his running mate, Senator Kashim Shettima.

An aso ebi is a uniform attire traditionally worn in Nigeria and some West African cultures as an indicator of cooperation and solidarity during ceremonies and festive periods.

Some members of the local organizing committee were also spotted conducting a last minute inspection on the decoration of the venue.