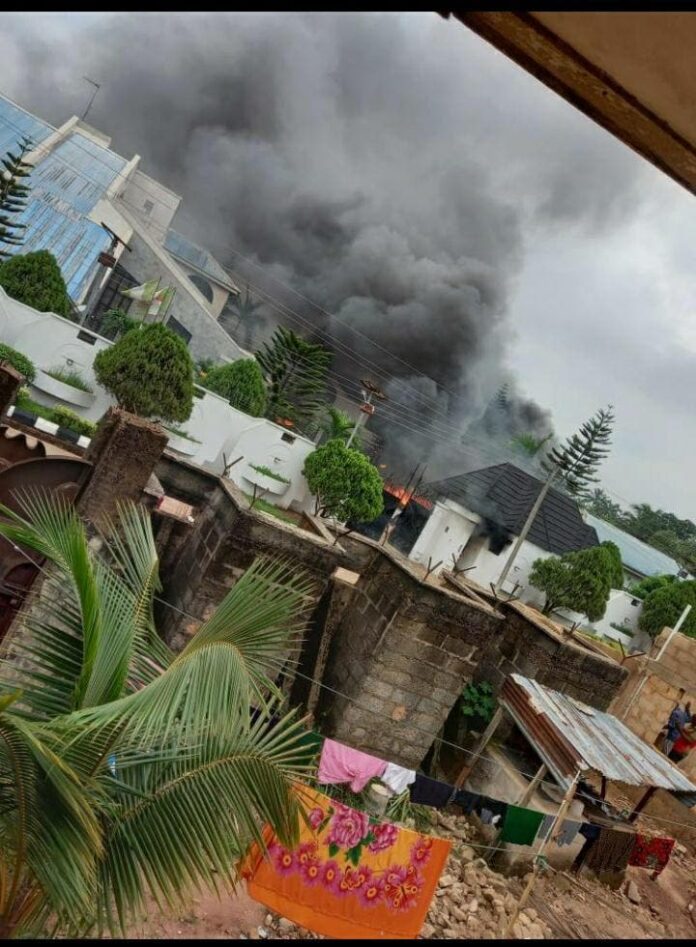 The Imo state governor, Hope Uzodimma‘s house at his hometown in Omuma, Oru East local government area of Imo state, on Saturday morning was attacked and set ablaze by suspected hoodlums in black and black attire.

It was gathered that one of the security men killed was an operative of the Nigeria Security and Civil Defence Corps.

The eye witness has it that many of the government official vehicles were set aflame as the suspected lifeless body was lying in front of the governor’s house. Just as part of the building was also inflame as the fire fighters battle to extinguish the raging fire.

Another unconfirmed report says that the gunmen killed two other security men at Oguta-Mgbidi Junction, a road that leads to the governor’s country home.

Another village source said that the military had taken over the community.

The state Commissioner for Information and Strategy, Declan Emelumba, confirmed the incident when our correspondent contacted him.

He also confirmed that two security men at the governor’s house lost their lives during the attack.