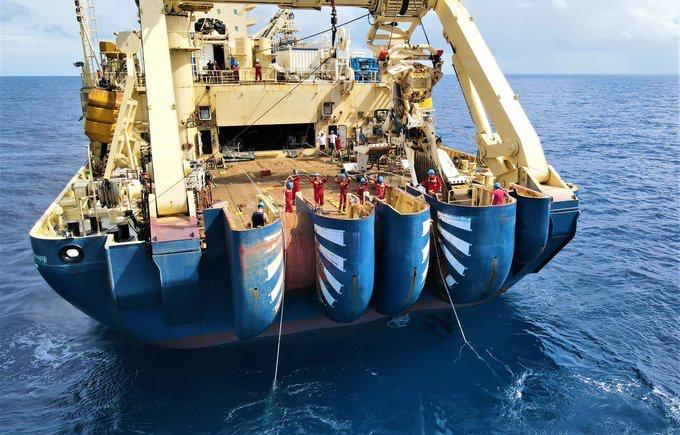 “Last month, we announced that the Equiano undersea cable successfully landed in Togo. This was the first in a series of landings on the continent for the subsea cable, which will run from Portugal along Africa’s west coast to South Africa.

“Today, we’re thrilled to announce our second Africa landing in Lagos, Nigeria. While many subsea cables are named after historical luminaries, the Equiano cable has special resonance for Nigeria. It’s named after Olaudah Equiano, a Nigerian-born writer and abolitionist, so its landing in Lagos, Nigeria today is like a homecoming,” the statement reads.

“Nigeria is sub-Saharan Africa’s largest economy. Still, the share of people using the internet stood at approximately 35% as of 2020 – double what it was in 2012. Across much of the country, people lack affordable, reliable & quality access, which limits their ability to benefit from, and contribute to, the digital economy.”

The subsea cable would benefit not just the government but businesses as well as individuals in multiple ways, according to Ehimuan who noted that there would be a mutual agreement with key players to ensure a wider reach for consumers across Africa.

“Since 2017, the Nigerian government has been actively working on its digital transformation programs as part of plans to grow its domestic sectors. These initiatives have proven pivotal to the success of many industries in the country, especially the startup space. In the last five years, startups in Nigeria have produced five unicorns (startups valued at over a billion dollars). Businesses are also benefiting significantly from the usage of internet platforms, with total e-commerce annual expenditure predicted to climb to $75 billion by 2025, up from its current projection of US $12 billion,” she added.

“Equiano’s arrival in Nigeria is expected to result in faster internet speeds and significantly improve people’s experiences while online. Internet speeds in Nigeria are expected to grow almost six-fold by 2025, and retail internet prices are forecasted to decline by 21% over the same period.

“The same study found that by 2025, real GDP in Nigeria is forecast to be USD 10.1 billion higher than it otherwise would have been without Equiano and that the cable would indirectly generate roughly 1.6 million new jobs between 2022 and 2025.“We are partnering with multiple key telecom players, including our landing party, the West Indian Ocean Cable Company (WIOCC), where Equiano lands to ensure that the cable can reach more businesses and end-users across Nigeria and the African continent more broadly.”