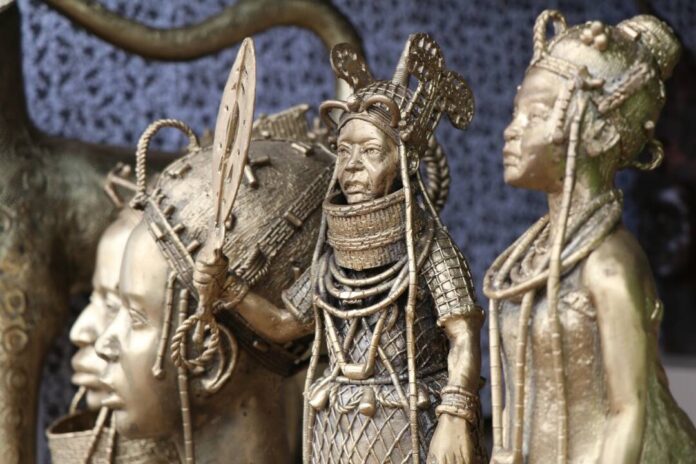 Germany has signed an agreement to transfer to Nigeria the ownership of the Benin Bronzes which were looted in the 19th century by British colonialists.

The Foundation of Prussian Cultural Heritage and Nigeria’s National Commission for Museums and Monuments signed the deal on Thursday, transferring their ownership from the Ethnological Museum collection in Berlin to Nigeria.

The agreement, which the SPK described as the most extensive transfer of museum artifacts from a colonial context to date, covers 512 objects which ended up in Berlin in the aftermath of the 1897 looting.

The first objects will be physically returned to Nigeria this year, while about a third of the treasures will remain on loan in Berlin for at least 10 years and exhibited at the Humboldt Forum in Berlin. The loan might be extended.

Speaking on the development, Director-General of NCMM, Abba Isa Tijani said, “This represents the future concerning the artifacts issue; a future of collaboration among museums, a future of according respect and dignity to the legitimate requests of other nations and traditional institutions,” while urging museums outside Germany to emulate the agreement.

German Culture Commissioner Claudia Roth said it was an example for museums in Germany with colonial-era collections and that further agreements would follow in coming months.

British soldiers took hundreds of bronzes, intricate sculptures and plaques dating back to the 13th century onwards when they invaded the Kingdom of Benin in 1897.

The Benin bronzes, among Africa’s most culturally significant artifacts, ended up in museums around Europe and the United States but Nigeria has for years fought to recover them.

French art historians have estimated that some 90% of Africa’s cultural heritage is believed to be in Europe and African countries have long sought to get back works pillaged by explorers and colonizers as Western institutions grapple with the cultural legacies of colonialism.

Earlier in August, Horniman Museum in London, said it would return 72 artifacts, including 12 brass plaques, to the Nigerian government, following a similar move by a Cambridge University college and a Paris museum last year.