Galtier and Campos will speak with Neymar and Mbappe concerning their rift. 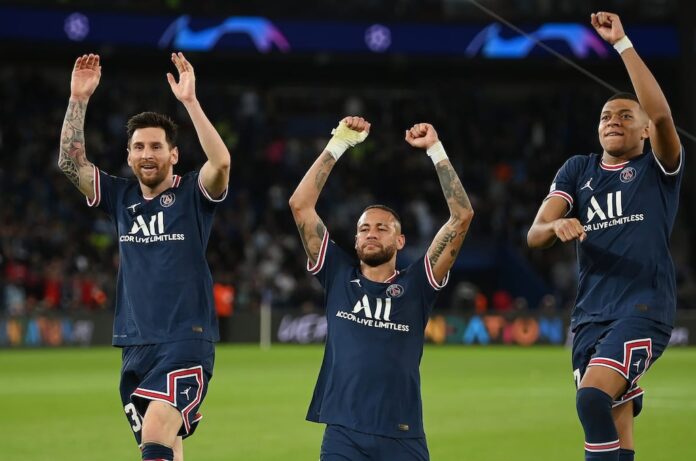 The 2022/23 season might just be a couple of weeks old, but already there is tension and dressing room unrest at Paris Saint-Germain, leading to a ‘clear the air’ meeting.

The French giant might have won against Montpellier at the weekend but that doesn’t stop the team from having a fuss at each other as Neymar and Kylian Mbappe were frustrated with each other on the pitch.

The Frenchman stopped in his tracks at one point when Neymar failed to pass him the ball, with that clip going viral.

Mbappe then asked Neymar for the ball for PSG‘s second penalty of the game, even though the younger player had missed the first attempt.

Neymar kept the ball and scored, before liking a tweet afterwards which criticised Mbappe and the decision to make him the team’s main penalty taker.

According to L’Equipe, the PSG hierarchy have decided to intervene now, before the situation escalates.

Coach Christophe Galtier and sporting advisor Luis Campos will speak with both forwards at some point this week, according to the French publication.

They’ll call for calm and ask the players to work together for the good of the team.

There are reports that the other players at PSG, such as Neymar and even Lionel Messi, aren’t happy with how much Mbappe has been made the cornerstone of the PSG project, following his contract renewal.

Neymar‘s entourage are said to be unhappy with the PSG hierarchy, so this may come up in the ‘clear the air’ meeting.

The Brazilian had even been linked with a move away from the club earlier this summer, but was then set to stay and continue working towards bringing a first European Cup to Paris.

If Mbappe, Neymar and Messi can work together, PSG obviously have a scintillating front line. But, maybe this is a big if.