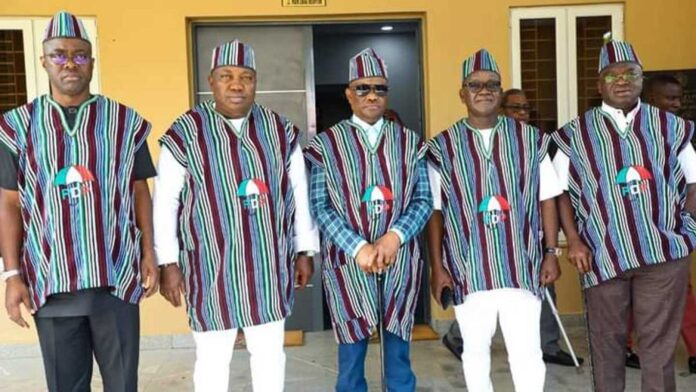 The aggrieved five governors of the People’s Democratic Party also known as G5 have arrived at the ancient Mapo hall in Ibadan, the Oyo State capital, to flag off the re-election campaign of one of their members, Seyi Makinde.

The G5 arrived at the venue of the campaign flag-off at exactly 1 pm.

Meanwhile, major roads leading to Mapo hall have been jam-packed with party loyalists from all the 33 Local Government Areas made up the state, while the security operatives are making serious efforts to control the crowd.