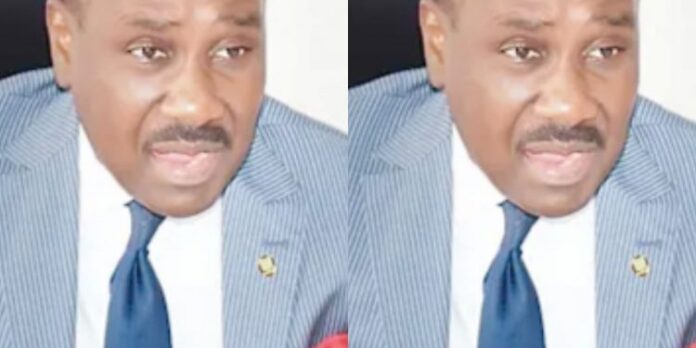 Former Senator Sati Gogwim of Plateau State died on Tuesday after a protracted illness, a family source has said.

Williams Gogwim, a younger brother of the deceased, disclosed this when he spoke with the News Agency of Nigeria in Pankshin on Wednesday.

He said: “My brother has been sick since last year and in December he left the country for treatment abroad and only returned on Sunday, April 4.

“He came back a little bit stronger, until this morning when he had health crisis, which compelled us to rush him to Rayfield Medical Centre.

“Unfortunately on getting there he was confirmed dead.”

Williams said the family had taken his death in good faith, adding that as true Christians, they believed God called him home.

“We are going to miss him, his love and warm as a brother, father, uncle and supporter,” he said.

Williams said the family was shocked over his demise and would discuss the funeral soon.

Gogwim was elected as representative of Plateau Central Senatorial District in 2007 and spent four years at the National Assembly before losing to Senator Joshua Dariye in 2011.

He retired as a Major in the Nigerian Army before joining politics and became a senator in 2007.