FG will collaborate with private sector to build a modular refinery in the Niger Delta. 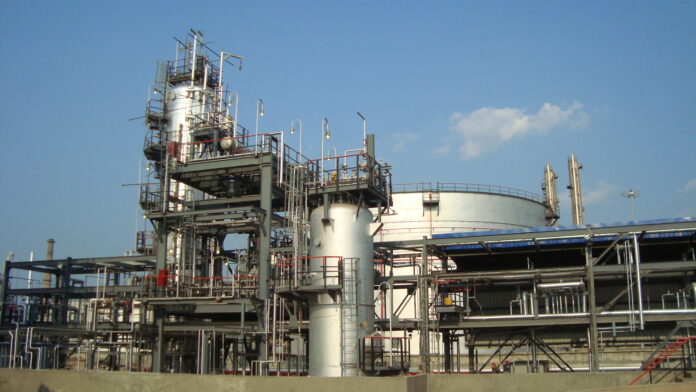 The Ministry of Niger Delta has made public, plans to partner with the private sector for the establishment of a modular refinery in the Niger Delta region.

This was made known via a communiqué issued at the end of the 5th meeting of the National Council On Niger Delta (NCND) held at Ibom Icon and Golf Resort, Uyo, Akwa Ibom state from Monday 12th through Thursday 15th September 2022.

The Council had, during the meeting, resolved that the ministry and the nine states constituting the Niger Delta region initiate a platform to facilitate the organized private sector to establish a modular refinery using the model of the Presidential Artisanal Gold Mining initiative.

Recall that Nigeria had produced, for the first time ever, in June 2020, artisanally-mined gold that has been processed and refined according to the London Bullion Market Association (LBMA) standards required for the use of gold as a reserve instrument by the Central Bank of Nigeria, which signaled an opening for the Central Bank to be purchasing mine, processed and refined gold under the PAGMI for use as part of Nigeria’s external reserves.

The communique also hinted at the Council’s resolve for the nine states in the region to prioritize investments and support for agriculture to encourage dry season farming through irrigation, modern farming methods, and access to arable lands to avert threats to food security.

According to the Communique, the Council had also resolved that the ministry and other relevant stakeholders collaborate and develop a security framework for participatory incident reporting to strengthen rural-urban security in the Niger Delta region.

Also, the Council had through the communique announced its resolve for the ministry and all states in the region to evolve a policy framework for a holistic stakeholder’s approach towards the conservation and protection of the Niger Delta rainforest, mangrove swamp and endangered flora and fauna species. It charged the ministry, the NDDC and all Niger Delta states to complement the Federal Ministry of Women Affairs on its programmes for rural women in the region such as the Liquefied Petroleum Gas use, Economic Tree Planting Programme, improved Agribusiness and financial inclusion, which according to the communique, is to mitigate the adverse effect of climate change in the Niger Delta Region.

The communique further disclosed the Council’s urge on the ministry and the NDDC to engage relevant stakeholders in the gas industry for the purpose of canvassing for the modification of the NLNG Train 7 Project design to accommodate the creation of a South-South Gas Node, as well as for the ministry to propose to the Federal Executive Council, an Executive bill that will seek the amendment of Section 103 and 104 of the Petroleum Industry Act to facilitate the remittance of Gas Flare Penalty into a Trust Fund for ease of administration.