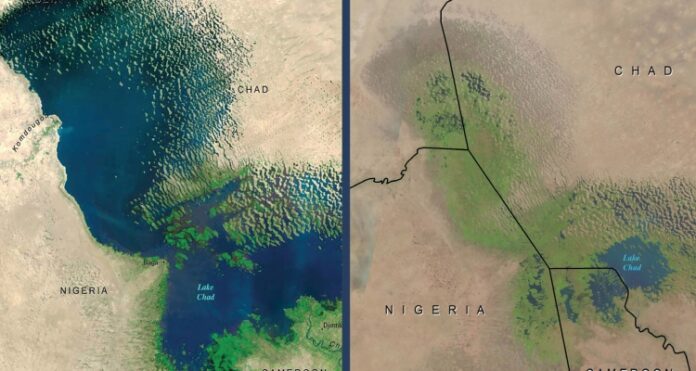 The Federal Government has taken a bold step towards finding sustainable solutions by safeguarding and revitalising the shrinking Lake Chad Basin.

The Minister of Water Resources and current Chairman of the Lake Chad Basin Commission, Suleiman Adamu, disclosed this at the Regional Validation Workshop in Abuja on Thursday.

The workshop was for the revised terms of reference for the in-depth study on improving the hydraulic capacity of the Chari-Logone catchment and development of the Lake Chad.

He stated that the workshop was also to operationalise the directives of the Summit of Heads of States and Government of the Commission on safeguarding the lake.

Represented by Alice Ojowu, the Director of Planning and Technical Support Services, Adamu said this was in keeping with the 65th Ordinary Council of Ministers of the LCBC held in Yaoundé, Cameroon on December 18, 2019.

He said the council directed the Commission to explore ways and resources for expediting the study.

Adamu said, “I am pleased to note the centrality that the development of the ToR that will be validated today has been given in the scheme of work of the Commission over the period under review.”

He said the Lake Chad Basin was impacted by the effects of climate variability and change as biodiversity loss, reduction in quality, among others, was being witnessed on a daily basis.

He said that the workshop would provide the requisite and unique platform for decisive actions that would form the basis for sustainable interventions in the region.

The minister expressed optimism that they would create a cooperative and inclusive regional dynamic that would ensure the sustainable development of the region.

“Recall that sometimes last year in June 21, 2021, we all came to this place at this very facility to try to engage a consultant who was supposed to carry out the study, unfortunately evaluation was not responsive,” he added.

Giving reasons for that, he said, “because three contractors submitted the application and one of them was thrown out because it was only in French.”

“After today’s meeting, it is expected that the Lake Chad Basin Commission will now look at whatever would be the outcome of this meeting.

“They will also look for the resources that would help them now to engage a consultant to carry out in-depth studies,” the minister said.