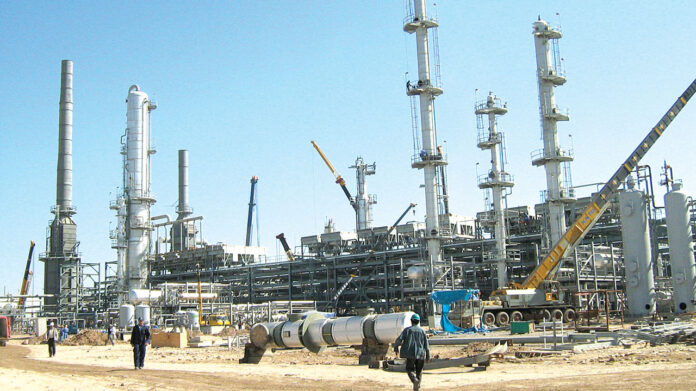 The Federal Government, through its Nigerian Upstream Petroleum Regulatory Commission, on Wednesday announced the 2022 mini-bid round to spur new oil exploration and drilling activities in the prospective deep waters offshore Nigeria.

It also announced that three modular refineries would refine crude oil in 2023, as this would boost in-country refining capacity, according to the Nigerian Content Development Monitoring Board.

Both agencies disclosed these to journalists at separate oil sector events in Abuja.

Announcing the Nigeria Mini-Bid Round 2022, the Chief Executive, NUPRC, Gbenga Komolafe, said this was the first in a series of bid rounds, aimed at further development of the country’s prospective petroleum basin.

He said the exercise would be held in accordance with the Petroleum Industry Act 2021, with its legal and regulatory frameworks that sought to encourage new investors and investments into the next phase of exploration in this region.

He said the exercise would be managed by the NUPRC, in line with the provisions of the PIA, as the statutory body responsible for ensuring compliance with petroleum laws, regulations, and guidelines in the Nigerian upstream petroleum industry.

“The mini-bid round is a market-driven programme and will follow a transparent and competitive procurement process designed to attract competent third-party investors from across the world that has the capability and proficiency in operating in the deep-water environment,” Komolafe stated.

He added, “Historically, this mini-bid round intends to build on the successes of the last bid round that was held in April 2007 during which a total of 45 oil blocks, drawn from the inland basins of Anambra, Benue and Chad; the Niger Delta Continental Shelf; Onshore Niger Delta and Deep Offshore were put on offer.

“The 2007 bid round was held under a different regulatory regime (the Petroleum Act, 1969) and generated massive interest and participation with its attended revenue which made the exercise a success.

On the modular refineries, the General Manager, Corporate Communications and Zonal Coordination, NCDMB, Ginah Ginah, also revealed that the capacity of the board’s functional modular refinery in Imo State was being increased to produce more refined products.

Ginah, who spoke at a two-day Nigerian content capacity-building workshop, said, “Our (NCDMB) modular refinery, in partnership with a reputable Nigerian firm, has been running for two years in Imo State.

“They want to increase the capacity of that refinery. The same thing we have done for the modular refinery. By the way, this coming year, we are expecting about three of them to also start production. Some of them have added capacity.”