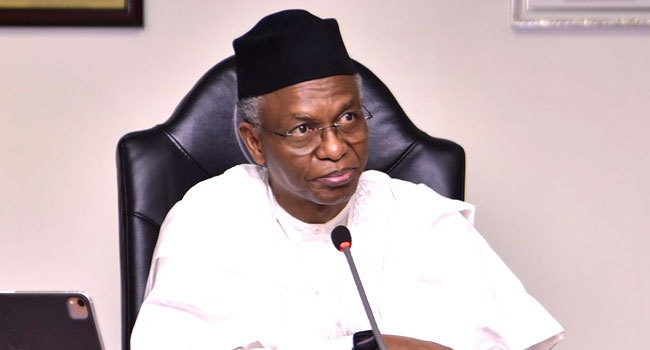 The Governor of Kaduna State, Nasir El-Rufai, has given his opinion on why Boko Haram insurgents and bandits are treated differently from the proscribed Indigenous People of Biafra (IPOB) and their leader, Nnamdi Kanu.

El-Rufai, speaking to BBC Pidgin on Friday, said that Boko Haram and bandits do not have a recognised and centralised leadership like IPOB.

He said Kanu is a visible and central leader who has called for the dissolution of Nigeria.

El-Rufai was responding to questions from Nigerians on why bandits and terrorists in the North were not treated the same way agitators in the south are treated.

The Governor also expressed delight at the capture of Nnamdi Kanu.

“I was very happy when Nnamdi Kanu was arrested because, first he jumped bail, jeopardising his sureties,” El-Rufai said.