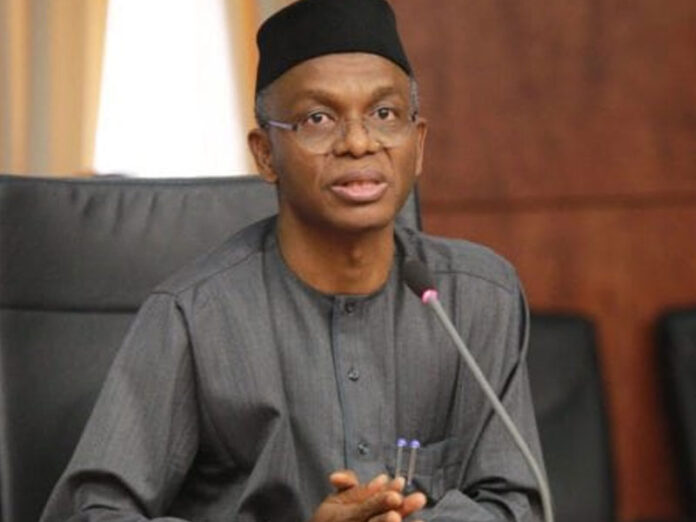 Gov. Nasir El-Rufai of Kaduna State has approved the disengagement of 19 political appointees.

This is contained in a statement by a Special Adviser on Media and Communication to El-Rufai, Mr Muyiwa Adekeye on Wednesday, May 26, in Kaduna.

“El-Rufai thanked the appointees for their service to the state and wished them well in their future endeavours,’’ Adekeye said.

1st News reports that on April 12, El-Rufai made known his plan to disengage some public servants in the state for fiscal reasons.

He said a significant amount of the statutory federal allocations is being spent on the wages of public servants monthly.

“Therefore, the state government has no choice but to shed some weight and reduce the size of the public service. It is a painful but necessary step to take, for the sake of the majority of the people of this state.

“The public service of the state with less than 100,000 employees and their families) cannot be consuming more than 90 per cent of government resources, with little left to positively impact the lives of the more than nine million that are not political appointees or civil servants.

“It is gross injustice for such a micro minority to consume the majority of the resources of the State,” he said.