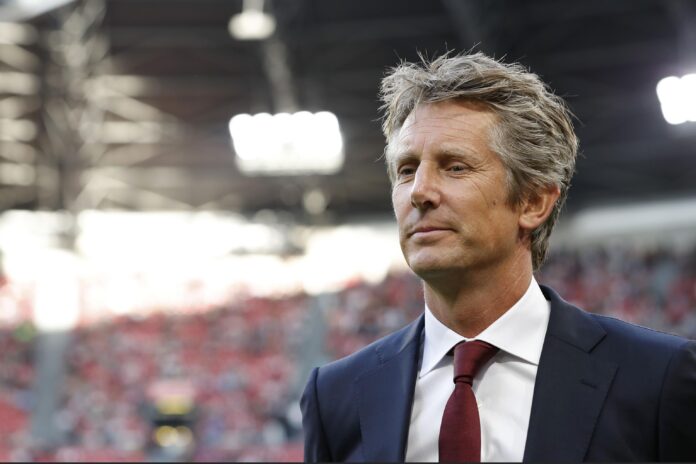 The former goalkeeper, who was first promoted to the CEO role at the Johan Cruyff Arena in 2016, signed a new deal running until 2025 on Friday.

90min understands that Manchester United – where the Dutchman ended his playing career in 2011 – were keen to bring him on board as part of their internal rebuild. The Red Devils have already poached manager Erik ten Hag and players Lisandro Martinez and Antony from Ajax this year.

Chelsea were similarly keeping tabs on Van der Sar as Todd Boehly continues to build the Blues in his image. The west Londoners parted ways with head coach Thomas Tuchel on Wednesday and replaced him with Graham Potter a day later – 90min understands the former Brighton boss will have a say on the club’s new sporting director.

But Ajax ultimately convinced Van der Sar to remain in his homeland, with the 51-year-old commenting in a club statement: “A lot has happened in the last ten years at Ajax. In these years we have grown with the club in many ways. The international recognition has, mostly due to the results of the first team, grown substantially. But there is also an amazing organisation behind that success.

“Our goal is to become a structural part of the international top teams. Starting 2024, the design of the European tournaments will change, and we want to compete yearly in the renewed Champions League. That journey is not at an end, and I want to keep contributing to that process. Every day I get to work with enthusiastic co-workers who also want to keep raising the bar. Not only with the first team, but also in the office, the youth academy, and the Ajax Women.

“The stadium is always packed and the growth in sales of various Ajax kits to young and old, not only national but also international, is unreal. We feel the support of our fans home and away. Enough reasons to keep putting my heart and soul in this club the coming years.”