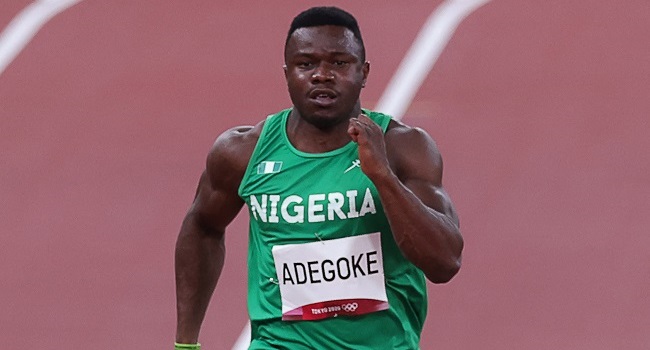 The Edo State Government has praised the outstanding performance of Olympics 100m athlete, Enoch Adegoke, who took part in the final 100m track event in the 2020 Tokyo Olympic games.

Edo State Deputy Governor, Rt. Hon. Comrade Philip Shaibu who addressed journalists in Benin City, on the performance of Adegoke noted that if not for the bad luck that hit the athlete, he was on the path to claim a medal for Nigeria at the event.

He said despite the outcome of the race in the final, the Edo State Government will give Adegoke a red-carpet reception when he returns to the country as he is a worthy ambassador of Edo State.

Shaibu said, “Edo people are very proud of the performance of Enoch Adegoke. He was a medal hopeful until that muscle pull. The incident in the final was unfortunate as his takeoff was very good just about 40 to 50 meters before the bad luck in the game caught up with him. We will celebrate with him.”

“Our focus is to bring him back home as our ambassador and prepare him for other future activities and also check his medical condition to ensure in future events he doesn’t suffer such ill luck.”

He added that lack of preparation has a lot of impact on the performance of Nigerian athletes which include Enoch Adegoke as they all depended on the goodwill of spirited Nigerians to embark on their training, noting that Edo State also gave their support.

“Nigeria is at this level today because we have reduced sports to politics. We are proud of Enoch Adegoke who made us proud in Tokyo following his outstanding performance in the race until the muscle pull stole the show from him in the final of the 100m mens final,” he added.