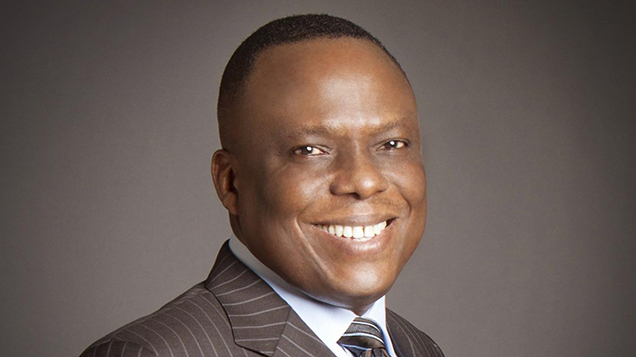 In a bid to recover alleged debt of N8,701,770,328.83, Ecobank Nigeria Limited has dragged a Lagos businessman, Mr. Victor Osibodu and his company Vigeo Limited before a Federal High Court, Lagos, Nigeria.

He added that the bank has 111 exhibits attached to the process and two witnesses to call.

He further told the court that he had discussed with the defence counsel, Mr. Oyetola Oshobi, SAN, on the need to align all the exhibits in order to agree on which of them that will be tendered together without objection and those that would be objected to in order to save the time of the court.

Oshobi, a SAN, aligned himself with Akinosun’s submission. Consequently, both counsels asked for adjournment to enable them reconcile the documents, and thereafter Justice Bogoro adjourned trial to commence March 17th and 30th 2022.

In its statement of claim, Ecobank alleged that by a duly executed offer of Multiple Credit Facility dated April 10, 2007, the bank approved the grant of $15 million and $1,750,000.00 respectively in favour of Vigeo Nigeria limited for the acquisition of a motor tug boat known as Lady Margret now Vigeo Olufunke from a company in Norway.

The bank stated that by another duly executed offer of Multiple Credit Facility dated April 10, 2007, the bank in three tranches granted Vigeo the sum of N200 million, N750 million and N350 million respectively for the purposes of working capital and import duty payments with a tenor of 12 months (renewable annually) at the interest rate of 16 % per annum.

According to the bank, Vigeo secured the facilities with a lien on shares of blue chips companies estimated at N500 million to be wharehoused with the bank, receipt of irrevocable domiciliation of contract proceeds from major oil companies in favour of the bank and stocks of goods valued at N150 million.

The bank added that in accordance with the security requirement under the credit facility, dated April 10 2007 (Dollar Facility), Victor Osibodu, as the Chairman of Vigeo, executed a personal guarantee and a duly notarized statement of networth dated August 16, 2007. The statement of Net worth provides particulars of his personal assets worth N2,002,400,000.00 for the security of the loan sums in the event that he defaults in the repayment of the loan.

According to the bank, in fulfilment of the personal guarantee by Osibodu, the Central Securities Clearing System (CSCS) by a letter of October 30, 2007 confirmed the placement of lien on 25,083,612 units of GTB shares belonging to Osibodu.

On July 9, 2008, Osibodu resolved at its Board Meeting to request for an additional facility of US$2,000,000 to finance the Dry Dock maintenance of the vessel.

Upon consideration of the Defendants request, the Plaintiff made an offer in principle indicating the terms and conditions of the said offer of $2,000,000.

According to the plaintiff, despite the defendant’s loan obligations, the board of his company at a meeting of May 3, 2009 requested for additional facility of $1million for the purposes of completing the life extension programme of the vessel MV Vigeo Olufunke.

Due to the inability of the defendants to meet their repayment obligations, the bank on several occasions restructured the facilities yet they could not meet up with the prepayment terms.

Consequently, by a letter dated June 27, 2014, the bank informed the defendants that its account had remained non-performing as Osibodu had failed to meet the agreed term.

An order awarding post-judgement on the sum, at the rate of 20% per annum until the final liquidation of the debt.

“An order granting the Plaintiff ownership, control, disposition and/or lien rights (until and to the extent and purpose of full realization of the sums) in the event that the properties identified are still insufficient to liquidate the Defendants’ debt:

“All shares held in any companies by the Defendants within the Federal Republic of Nigeria.

“Cash at hand or cash held in any Bank and/or financial institutions in Nigeria standing to the credit of the first and second defendants among others and general and exceptional damages in the sum of N100 million.

However, Vigeo in its statement of defence, stated that Ecobank Transnational Incorporated did not acquire the defunct Oceanic Bank International Plc at all, contesting that any purported acquisition is void, illegal and unenforceable in law.

It stated that there was no merger of the defunct Oceanic Bank with the plaintiff and no valid or legal merger adding that the purported merger is illegal and void in law and did not comply with all requisite statutory requirements and due process of law.

The Defendants shall at the trial of this suit rely on the Report of the Forensic Review of Vigeo Limited Accounts with Ecobank Nigeria Limited.

Consequently, the Defendants stated that they were not indebted to the Plaintiff in the sum of N8,701,770,328.83 (eight billion, seven hundred and one million, seven hundred and seventy thousand three hundred and twenty eight Naira eighty three Kobo) or any sum at all and that the bank is not entitled to any of the reliefs claimed in this suit as same are frivolous, baseless, unmeritorious and should be dismissed with substantial costs.