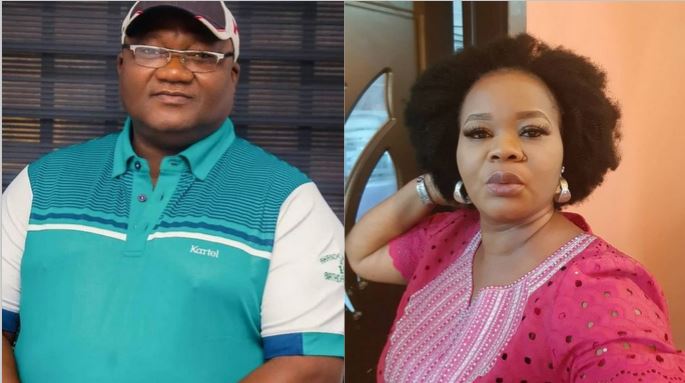 Popular Nigerian music promoter and movie producer, Ola Ibironke better known as Dudu Heritage is dead. He was born in 1964.
The New Jersey-based socialite and businessman according to family sources died shortly after a game of golf in Ibadan on Sunday.

He was accompanied to the Golf Course by his son, Segun who left after the game. He was reported to have slumped and rushed to the University Teaching Hospital (UCH), Ibadan where the doctors were on strike and later rushed to a private hospital, where he was confirmed dead on arrival.

Dudu Heritage lived in Newark, New Jersey in the United States running an African store with his first wife, Sola before he relocated to Nigeria to run a private business nearly two decades ago.

Shortly after he met star actress, Bimbo Oshin, married her and the union blessed with two children. His first marriage to Sola, nee Oyefeso produced four children-Tunde, Seun, Taiwo and Kehinde. His first born, a female lives currently in Canada.

On record, his marriage to the star actress, Bimbo Oshin remained scandal free, enviable and exemplary in Nollywood.

Ola Ibironke, hailed from a prominent Ijesha family. He would be remembered as an amiable and cheerful giver.
He spent his early life in Nigeria, had his post secondary education in the United Kingdom and later United States of America. He was a prominent socialite and musicians including K1 De Ultimate, Obesere and Ayuba sang his praises in their record albums.