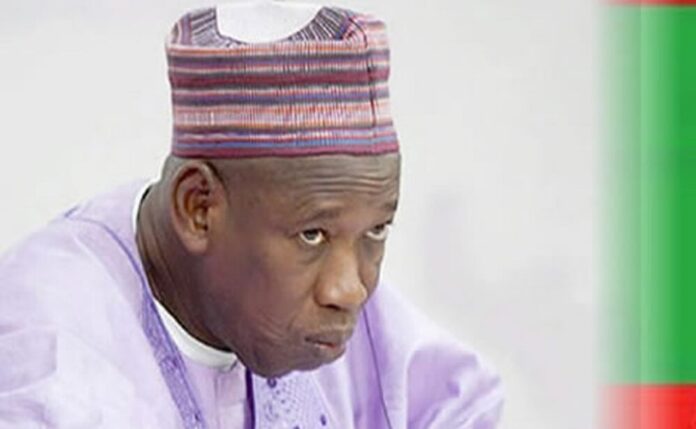 Online medium, Daily Nigerian, and its publisher, Jaafar Jaafar, are demanding N400 million damages against Governor Abdullahi Ganduje of Kano State for opting to discontinue the libel case against them.

In an application filed on June 28, 2021, Ganduje had asked the court to stop the defamation of character suit he lodged against the publisher and the medium.

He had sought court action against the defendants over a story headlined ‘Exclusive: Nigeria Governor Caught On Video Receiving $5 million bribes’ published in 2018, with video clips to back the report.

Although there was no official confirmation, the publisher had claimed the images in the video clips that went viral were that of Ganduje and the contractor, whose identity was not unveiled, were exchanging multiple foreign currencies suspected to be a kickback.

When the matter came up for hearing before Justice Suleiman Na’Mallam of Kano High Court, counsel to the governor, Offiong Offiong, re-emphasised the content of the withdrawal application.

Counsel to the publisher, Utum Eteng, who contended that his client would not contest the plaintiff’s decision to discontinue the matter, demanded N100 million cost for the energy dissipated on court processes in the last four years.

Eteng, who equally argued that since the withdrawal of the case was not a bar for further prosecution, demanded the court to compel the plaintiff to furnish the defence with pre-action notice henceforth.

On his part, lawyer to Daily Nigeria, Mohammed Dan’azumi, who did not object to the withdrawal application, also asked the court to grant N300 million cost against the plaintiff for dragging the case unnecessarily for four years.

He also wanted the court to compel Ganduje to tender a public apology, which should be published in a national daily, which Ganduje’s lawyer objected to.

Justice Na’Mallam granted the plaintiff’s application to discontinue the case and awarded N400,000 each to Jaafar and Daily Nigeria as compensation against the N400 million demanded from the plaintiff.

ADAMAWA State Government has appealed to journalists in the country to use their media to eliminate Violence Against Women (VAW) and children in Nigeria.

While speaking at a workshop yesterday in Yola, yesterday, the Permanent Secretary of, Ministry of Women Affairs, Mrs. Sosa Benson, observed some of the unethical practices by some journalists in reporting cases of violence against women and children.

She pointed out that a picture of a sexual abuse survivor in Adamawa recently was in circulation in the media, a practice she said will discourage survivors from reporting cases of abuse to the right authority for actions to be taken.

In her presentation, ‘Violence Against Women and Girls in Nigeria’, Ladi Alabi of United Nations Children’s Fund (UNICEF), Bauchi field office, described the role of the media as very critical in the fight to eliminate violence against women and children.