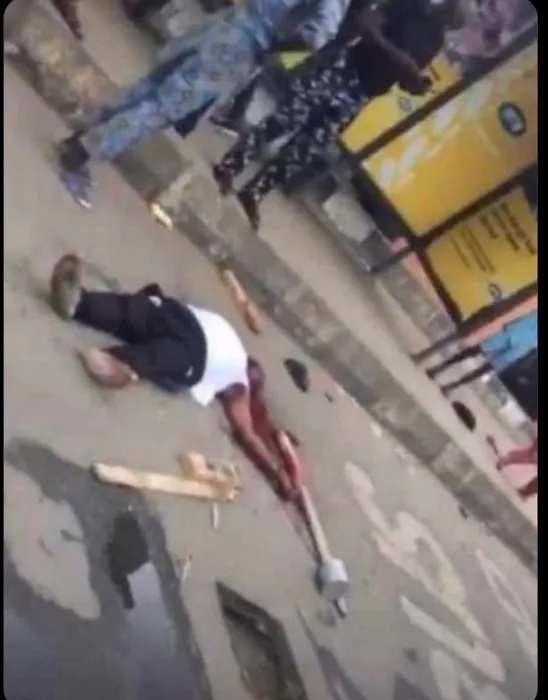 Suspected cultists, on Sunday, allegedly killed a man around Mile 12, in the Kosofe Local Government Area of Lagos State.

Mayhem erupted at Mile 12 area of Lagos on Sunday following the killing of a member of the parks and garages, Sulaimon Onaolapo, popularly known as Ariku.

There were intermittent gun shots as rival cult groups engaged in supremacy battle following the killing of Ariku, who was said to be the Chairman of the National Union of Road Transport Workers in the area. The incident led to pandemonium in the area as commercial activities were paralyzed.

The clash was confirmed by the Senior Special Assistant to the Governor of Lagos State on New Media, Jibril Gawat, on Twitter.

He wrote, “YES. But Security Agents are fully on top of the matter. Cult Clash. One Suleiman Lawal aka “Ariku” was hit.”

The deceased, identified as Onaopemipo Lawal, popularly known as Ariku, was on a motorbike when three suspected cultists stopped the bike and attacked him.

From the video of the attack, the assailants were seen hitting him with dangerous weapons such as scissors, sticks and knives until he was motionless. Report had it that  they also shot him and abandoned him in the pool of his blood to die.

Eye witnesses had it that while the attack on Ariku was ongoing, two other members of the gang were on the look out to wade off any intruder. When news of the attack reached Ariku’s members at Mile 12, they stormed the scene and rushed him to the hospital, where he was confirmed dead.

Hundeyin said, “Normalcy has been restored in the area. One person was killed. No arrest has been made yet.” said policemen were  deployed to the area to avoid any likely breakdown of law and order.