Cogent reasons why Peter Obi will not win the 2023 presidential race. 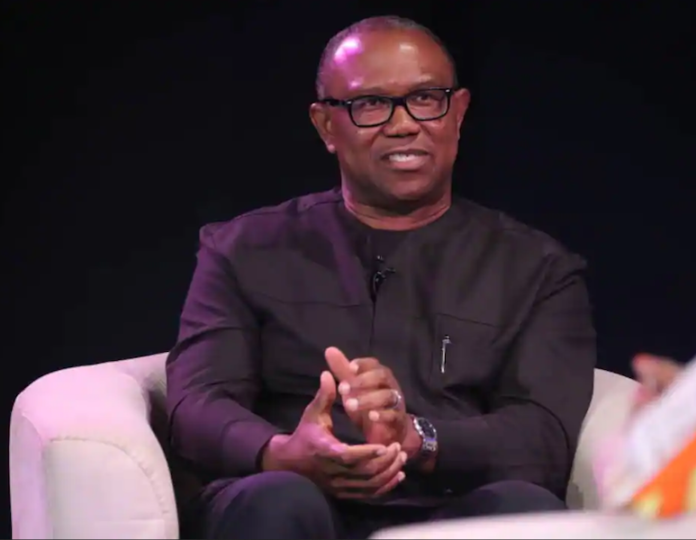 The emergence of the man “Peter Obi” as a presidential aspirant, under the auspices of the Labour Party (LP) is perceived Messiahnic by millions of Nigerians. This has redefined the country’s political space into a 3party system (APC, PDP,LP).

Activities in the polity in recent times have also garnered polemical debates as regards support for and against amongst the electorates. A critical factor that defines the alliance with Nigerian politicians by their army of fans is “antecedents”, which is chosen on the premise of transparency and bias depending on the political consciousness and awareness of their supporters.

The sanctimonious imaging of Peter Obi to some persons on the other side of the divide is becoming sickening and tiring. He has suddenly become the darling of millions of Nigerians with an emphasis on the youths. The most worrisome issue as it concerns this electioneering season is that not much scrutiny is carried out on his administrative and political track records, weighted towards ascertaining his sincerity of purpose and commitment towards his presidential ambition.

Having a very intimidating academic portfolio is not a measure of one’s administrative competence and this is one thing most of his fans find very enticing, especially with his collaboration with renowned academia as his running mate. On the above postulation, can one really establish the fact that this man is over hyped as he is presented as one with no obvious flaws?.

It has become culturally revealing that Nigerians are of the habit of making a beeline behind new and trending politicians. Once upon a time, the much stereotyped president Muhammadu Buhari was also sold and presented in this light by our political gladiators and as usual the gullible electorates fell for the gimmicks.

This alluring vibes played before Nigerians must be meticulously listened to before dancing to its rhythm to avoid another round of political rascality/deception. In making extrapolations tilted towards determining who wins the 2023 presidential race, key factors have to be predetermined in order to arrive at a logical conclusion. This can be attained by spotting some veneering differences amongst the aspirants, using the key variables such as :

1)Ethnicity/Religion*: The support for Peter Obi is strongly ethnically inclined judging from the characteristics of of his fan base. One begins to wonder why a man whose people are at the front burner of the Biafra agitation will still ignorantly clamour to rule a mimicked “Zoo Nation” called Nigeria.

His emergence is perceived to be more of an Igbo movement capable of creating a carveneous roadmap to the actualisation of the long envisaged “Biafra Republic” that breeds tensions already along ethnic divide.

This move will vehemently be rebuffed by the Northern , Western and even the South-south region which has enough population strength with the potency of ruining his chances of winning. This is further deepened by the fact that he chose a running mate that has no national political relevance and whose name doesnt ring a bell capable of securing Northern votes.

2)Monetary Inducement*: it is no doubt that Nigeria politics is gravitating towards a plutocratic style which is an obvious bane to Democratic aggrandisement. In as much as Nigerians frown at pitching tent with ancestral political demons/bourgeois, the role of vote buying and selling theoretically punishable by law has already assumed a cultural dimension which calls for ideological transformation to correct.

Unfortunately, majority of Nigerians are not willing to toe that path, as they will always succumb to the wishes of the highest bidder mainly at the polls. An acclaimed cashless politician like Obi lacks the financial muscle to withstand the Bullion van lords in the race .

Having examined some critical factors that guarantee electoral win in the Nigeria political space, it becomes advisable for the electorates to beam the searchlight to unravel the credibility of the candidature put before them and not work with the alluring vibes produced by the nay sayers and praise singers who can barely give convincing account of the proven track records of their candidates. Social media hype is not indeed a true reflection of happenings in the political space.

It is more realistic to think along the plane that this heavy weight wrestle lyes between Alhaji Atiku Abubakar and Bola Tinubu Ahmed and not Peter Obi who will sure be reduced to a political midget strongly linked to his faulty political style of aligning with mushroom political party that has no Local Government, State and let alone national relevance.

One begins to wonder if this was not same man who came under the umbrella of the PDP to vie for the position of the Vice president and today he wants to convince and present Atiku his then boss as a political infidel. Is this not implicating enough to think he is also corrupt as he is making people believe the opposition is ?

The act of party philandering is also an indellible sign of adulterated agenda which he is also guilty of. The sudden nuptial cord between the dreaded Hausa/Fulani and the East evident by his choice of having Senator. Yusuf Datti Baba Ahmed as a running mate is also questionable and establishes the fact that desperation for power can make some persons forget their vows and early speculations.

An excerpt from the words of Eze Uba further establishes this fact and I quote:**suddenly the North can produce good people and no longer cows…. Suddenly there is a new found love between IPOB migrants in Obi’s camp and a core Fulani man** Conclusively, the saying that the devil you know is far better than the angel you don’t know comes to eloquent manifestation at this juncture.

Solving Nigeria’s overwhelming problems call for a measure of experience at national politics and not just a rocket science quoting of figures and statistics that do not conform with current economic and political realities. Let us not wake up again to the wonder land where we were once promised that #1 will equal $1 amidst other unrealistic promises that never came to limelight.