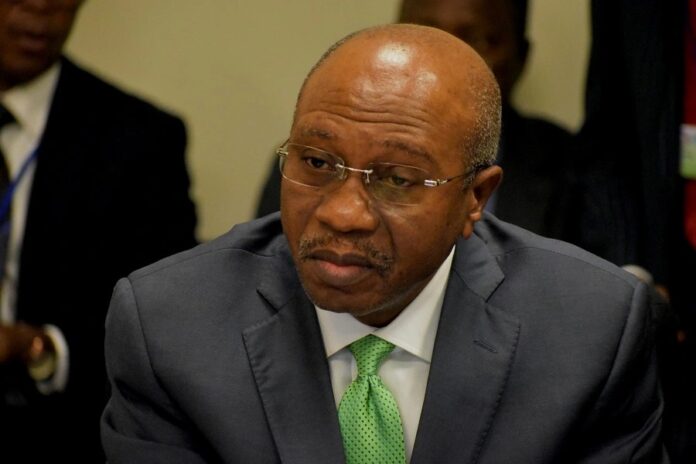 Against the backdrop of complaints by the banking public that banks are not dispensing enough of the redesigned Naira notes the Governor of Central Bank of Nigeria, CBN, Mr Godwin Emefiele, has said that a total of 500 million units of the newly redesigned currency notes were ordered from the minting company.

Meanwhile, the apex bank has explained that its research has shown that operators of mobile money services, otherwise known as Point-Of-Sale, PoS, were comfortably accommodated within the revised withdrawal limits.

It also allayed the fears that the new cashless policy of the Bank would impede job creation.

Emefiele spoke through the deputy governor of the apex bank in charge of the Financial System Stability at the CBN, Mrs Aisha Ahmed, yesterday when appearing before the House of Representatives plenary session in Abuja at the instance of the lawmakers to brief them on the new monetary policies that had become controversial in some quarters.

He said that the timing for the implementation of the monetary policies especially the cash withdrawal limit not was neither here nor there, adding that the 90 days notice in the estimation of the bank was enough to get Nigerians sensitized.

He, however, informed that CBN was partnering the National Orientation Agency, NOA, and other similar bodies to fully create the needed public enlightenment on the new policies.

It will be recalled that the House had through a motion last week mandated Emefiele to cause appearance on the seemingly vexatious policies of the banker’s bank.

Ahmed, who took a barrage of questions from the lawmakers, said: “You asked a question. We ordered 500 million pieces of currency from the Mint. That is what has been ordered.

“You said this will mean that people will start losing their jobs because people would stop going to the banks. No, I think this will create more opportunity, not just for people working in the banks to retool. Technology change and innovation is a phenomenon happening all over the world. Of course, it is changing the types of jobs that people are doing. But it is also opening up new opportunities for them to do other things. So, I don’t see this as going to limit that. Indeed, the examples of agents (mobile bank agents) is a strong example that says that we created something, a platform, a business that was not there 10 years ago because we needed to solve a problem around ensuring that all areas in Nigeria were covered financially. That is just a small example of what technology can do. So, I don’t see this policy as making people lose their jobs.

“You talked of fear of online banking and the issue around fake alerts. The truth is that for any initiative, there will be challenges. What matters is that the benefits must outweigh the risks. The CBN has an active consumer protection department that is looking at issues of fraud, issues of cyber security and issues of bank conduct in terms of how they charge customers and every time, we hold the banks to account when they flout those rules.

“You talked about the e-Naira and the regulatory backing. The e-Naira is a digital representation of the physical Naira. And so, it does have backing in law from our perspective. That is our answer to that.

“On counterfeiting, the question was if the sensitisation is not late. I think sensitisation is something that has to happen through it all. You cannot start with sensitisation and then leave it. Before the new note came out, we did inform the public and we started our sensitisation. Now that it is out and it is being used side by side with the old notes, we are continuing that sensitisation.

“I can quickly address the question about the National Orientation Agency. We are trying to partner the NOA in order to deliver the messages that we want to deliver to the grassroots. And we are not only partnering them. We are partnering many other stakeholders.

“In terms of timing, it is neither here nor there. I think we felt that 90 days based on what we know of official access points, availability of points for people to go and pay in their funds and the fact that we actually released the new notes earlier than planned, we felt that we were in a good position to conclude at the timelines that we gave. We are open to feedback and people’s views on that.”

EFINA survey shows that 81 percent of Nigerians excluded have mobile phones; USSD helps to overcome the need for internet