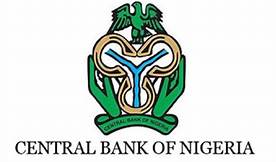 According to the president, the launch of eNaira is the culmination of several years of research by the Central Bank of Nigeria (CBN) to expand the boundaries of payment systems to make financial transactions easier and more convenient.

eNaira does not replace the national currency of Nigeria but will be used in conjunction with it. CBN CEO Godwin Emefiele added that “eNaira marks an important step in the evolution of money and CBN is committed to making eNaira, like physical naira, accessible to everyone.” The initial issue of digital currency will be 500 million eNaira, approximately $1.21 million.

The price of eNaira is pegged to the naira exchange rate in a 1: 1 ratio. The possession of the central bank currency does not provide for interest charges when the exchange rate changes.

From Monday, October 25, 2021, two cryptocurrency applications have been deployed in the Google Play and Apple stores – the eNaira settlement wallet and the eNaira merchant wallet.

The government and central bank of Nigeria have struggled with the growth of cryptocurrency activity in the country, which led to a ban on cryptocurrency transactions in the banking sector in February this year.

Thus, Nigeria’s regulators repeated the tactics previously demonstrated by the government and the Central Bank of China to ban cryptocurrency projects that compete with the central bank’s national currency.

In June, the regulator announced the launch of a pilot project with digital naira. A central bank official later clarified that the CBDC would supplement cash and benefit citizens, local economies, and cross-border trade.

As a reminder, in August, the Central Bank of Nigeria presented the draft CBDC guidelines. According to the document, the regulator will deal with the issue, distribution, and redemption of digital naira.