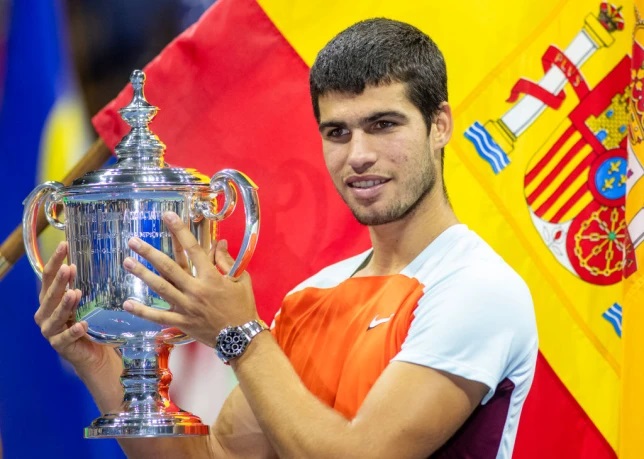 Spanish teenager Carlos Alcaraz became a first-time Grand Slam champion and world number one by beating Casper Ruud in the US Open final to achieve both feats.

Alcaraz’s victory in four sets against Casper Ruud puts him top of the rankings released on Monday, with the Norwegian second.

Former world number one Nadal is third after he crashed to his earliest US Open defeat in six years at the hands of US player Frances Tiafoe in the last 16.

At just 19-years-old, he is the youngest men’s Grand Slam champion since fellow Spaniard Nadal won the French Open in 2005.

Additionally, he has also become the first teenager to top the ATP rankings in its 49-year history, replacing Daniil Medvedev as the world’s No.1.

‘This is something which I dreamt of since I was a kid, being number one in the world and a champion of a Grand Slam,’ Alcaraz said after his victory.

‘It is something I have worked very hard for. It is really, really special.

‘It’s crazy for me. I never thought I was going to achieve something like this at 19 years old.’

Comparisons between Alcaraz and Nadal are of course inevitable, though the new champion still has some way to go before he will challenge the 36-year-old’s all-time record of 22 Grand Slam titles.