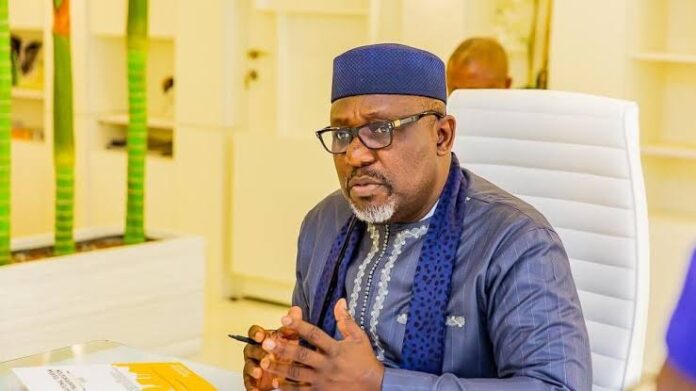 The Corporate Affairs Commission (CAC) has declared Rochas Foundation as moribund few months after its controversial bid to take over a university registered in imo State government’s name.

A statement by a group of concerned Imo Citizens said the information they obtained from the Corporate Affairs Commission revealed that the foundation is moribund contrary to the claim of former Imo State governor, Senator Rochas Okorocha.

Responding to inquiries on the status of the foundation, the group in a statement signed by its coordinator, Chief Dike Okafor, said the CAC made it categorically clear that the body is inactive.

It also gave the names of the trustees as Okorocha himself, his wife, Nkechi, his six children and a brother of his.

Specifically, the CAC in a letter of March 22,2021 with reference number RGO/SPU/Vol 4/2021/0385, confirmed that Brendan,Uloma, Uchechi, Uju, Amarachi and Amanchi, all children of Okorocha are the trustees of Rochas Foundation along with their mother and an uncle.

The coordinator of the group Chief Dike Okafor, has therefore questioned how a family foundation that has been inactive for years could acquire a university registered in imo Government’s name.

The lmo State government recently recovered the Eastern Palm University, Ogboko, which Okorocha claimed was taken over by Rochas Foundation under a public private partnership arrangement.

But in recovering the university and renaming it K. O. Mbadiwe University, the state government argued that Okorocha allegedly converted the university after pouring more than N22 billion state funds into it.

Chief Okafor said the clarification by CAC has vindicated the state government because Rochas Foundation is nothing but a family business used’ for dubious purposes’.

According to Okafor, it has been established that whereas the foundation has not made any annual returns for many years, there is no record anywhere to authenticate the claim of having legally acquired the said university.

He also wondered how an inactive foundation got the requisite financial muscle to even bid for the university, and described the action of the former governor as a large scale scam.

While calling on the government to prosecute Okorocha for fraud, he also canvassed the arrest and prosecution of those who aided him in ‘this organised crime against the state’.