BURNA BOY OFFERS £10,000 AND MARRIAGE TO ANY LADY THAT CAN GET HIM PH ROASTED PLANTAIN 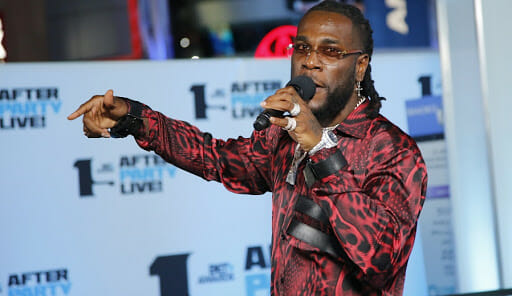 Grammy award winning musician, Damini Ogbulu, popularly known as Burna Boy, has pledged marriage to any lady who can supply him with roasted plantain, also known as boli or bole, from Port Harcourt, the Rivers State capital, to London, the UK capital, promptly.

Burna Boy seems to be tired of the meals he is getting at London as he took to Instagram to promise marriage to any lady that gets him Port-Harcourt Bole.

On Tuesday, the singer, who is now in London, shared this on his Instagram story.

According to him, his need for roasted plantain all the way from Port Harcourt City is insatiable, and he is willing to pay $10,000 for it.

He went on to say that if the roasted plantain and fish taste as wonderful as the one he had in Port Harcourt, he would marry the lady right now.

‘’I will pay $10k for Portharcourt bole and fish in London right now, if it even comes close to the one from PH, I might marry you here sharply.”

In a follow-up video, he showed off the food that was been served to him which includes Pasta, Mac n Cheese, Chips among others.

From his tone, it was obvious, he was tired of eating that type of meal.