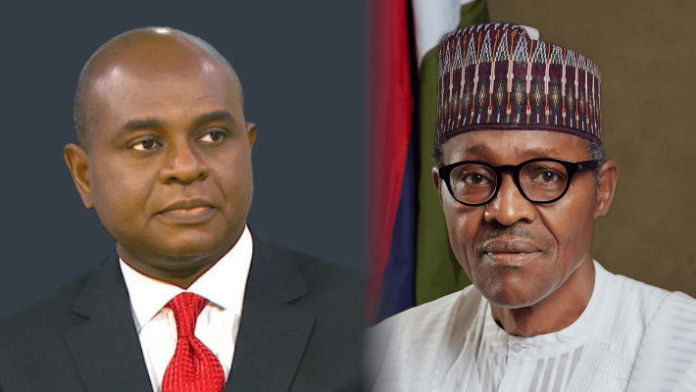 A former Deputy Governor of the Central Bank of Nigeria (CBN), Kingsley Moghalu has joined a host of Nigerians condemning the position of the Nigerian presidency on the extremist views of Isa Pantami, the country’s communications minister.

Mr Pantami has made headlines for his radical preachings and his support for terrorist groups, with Nigerians calling for his resignation or removal.

Mr Buhari, despite outcry from Nigerians, via his spokesman Garba Shehu, declared his support for the minister, saying “the Minister has, rightly, apologised for what he said in the early 2000s.The views were absolutely unacceptable then, and would be equally unacceptable today, were he to repeat them.”

Bemoaning the president’s position, Mr Moghalu, in a series of tweets on Saturday said it undermines Nigeria’s struggle against terrorism, a major challenge across the country.

The politician questioned the confirmation of the communications minister despite pro-terrorist comments.

“I have refrained so far from commenting on the #Pantami controversy,” Mr Moghalu said, explaining that “From information available: anyone can a mistake, and has the right to recant from it.

“But when the evidence shows that a serving minister of Nigeria has expressed open support for global terrorist groups,he should never have scaled the vetting process and been approved for that office.”

According to him, “The implication of the timing of Pantami’s recanting of his views now is that he has been serving as a minister while presumably still harboring those views.”

Also calling for Mr Pantami’s dismissal, the former deputy governor said “His disagreement with Boko Haram does not absolve him of, at the very least moral culpability for supporting Al Qaeda and the Taliban.”

He further stressed that for the president’s support for the communications minister “tells Nigerians that we have two sets of standards from the very same government, one for the likes of former Finance Minister Kemi Adeosun who had to resign for a wrongdoing in her past, and another for Pantami,” adding that it “undermines public accountability, as well as Nigeria’s struggle against terrorism.”