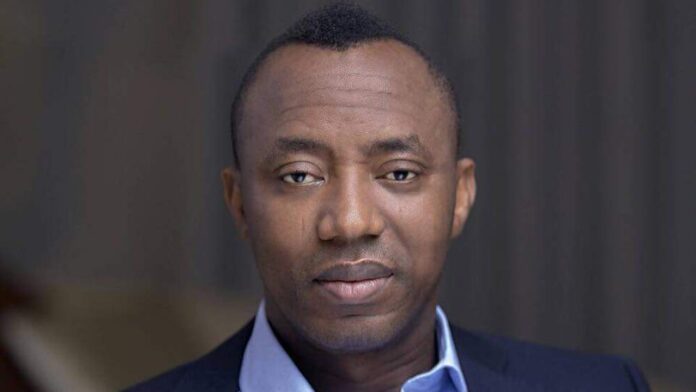 As a result of this, Sowore will not be able to use any of the national documents to carry out any transaction within and outside the country as the cards cannot be read biometrically.

President Muhammadu Buhari’s regime is yet to give any explanation for the move.

The latest attack on the activist by the Nigerian Government came two days after report published an exclusive story revealing how a hacker had broken into the server of the National Identification Management Commission to steal personal information of over three million citizens.

Recall that the activist’s account had first been frozen in August 2019 by the Department of State Services, Nigeria’s secret police notorious for violating rights of citizens, after the agency claimed he received huge funds from United Arab Emirates to overthrow the Buhari regime.

The allegation was later dropped when the DSS realised Sowore had never been to the United Arab Emirate.

In December 2021, the activist scored a landmark victory against the DSS over the seizure of his mobile phones and was awarded monetary damages of N2million.

However, the DSS has since refused to obey the court ruling, instead devising different tactics to eliminate Sowore, who has become a thorn in the flesh of the President Buhari administration.

Despite accusing him of planning to overthrow Buhari’s government by calling for a revolution, the Nigerian Government has failed to prove its case against the activist in court.

The government has adopted different means to keep the former presidential contestant out of circulation by confining him to Abuja through a court ruling and constantly harassing him.

Sowore was first arrested by the DSS on August 3, 2019 for calling on Nigerians to take to the streets to protest against bad governance in the country.

He was briefly released on bail on December 5 but rearrested a few hours later on December 6 by DSS operatives while appearing for his trial in a case brought against him by the Nigerian Government.

He is being accused of insulting President Muhammadu Buhari and planning to bring down his regime.

In all, Sowore spent over four months in detention despite two court orders directing his release on bail during that period.