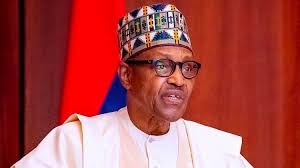 Below is the full speech of the Nigerian president.

On behalf of the Government and people of Nigeria, I congratulate you on your well-deserved election as President of UNGA77. I assure you of the full support and cooperation of the Nigerian delegation during your tenure.

I commend your predecessor, His Excellency Abdullah Shahid, for the many remarkable achievements of the General Assembly under his leadership during these challenging times.

May I also congratulate the Secretary-General, Mr. Antonio Guterres on his ceaseless and untiring efforts to promote peace, security and development, very much in line with his exalted role.

Mr. President, The first time I could have addressed this August Assembly was in 1984, when I was the Military Head of State of the Federal Republic of Nigeria. Thirty-one years later, I had the great privilege to personally address the Assembly in 2015,as the democratically-elected President of my country. As I approach the end of my second and final four-year term, I am reminded of how much has changed in Nigeria, in Africa, and in the world, and yet, how some challenges remain.

We are now more severely tested by these enduring and new global challenges, paramount among which are conflicts increasingly being driven by non-state actors, proliferation of Small Arms and Light Weapons, terrorism, violent extremism, malignant use of technology, climate change, irregular migration, and disparities in opportunities for improved standards of living.

Despite the challenging international environment, the United Nations has proved that it can be strong when the will of its members is harnessed for positive collective action.

The guiding principle of this extraordinary institution is the promotion of peace and security, development and human rights.

Latest in a chain of events challenging these principles is the Ukraine conflict which has already created strains that are perhaps unprecedented for a generation.

Such a conflict will have adverse consequences for us all, hindering our capacity to work together to resolve conflicts elsewhere, especially in Africa, the Middle-East and Asia. Indeed, the ongoing war in Ukraine is making it more difficult to tackle the perennial issues that feature each year in the deliberations of this Assembly, such as nuclear disarmament, the right of the Rohingya refugees to return to their homes in Myanmar, and the Palestinians’ legitimate aspirations for statehood and reduction of inequalities within and amongst nations.

The danger of escalation of the war in Ukraine further justifies Nigeria’s resolute calls for a nuclear-free world and a universal Arms Trade Treaty, which are also necessary measures to prevent global human disasters.

In this regards we must find quick means to reach consensus on the Nuclear non-proliferation Treaty with related commitments by nuclear weapon states.

I remain firmly convinced that the challenges that have come so sharply into focus in recent years and months emphasize the call by Nigeria and many other Member-States for the reform of the Security Council and other United Nations Agencies.

We need more effective and representative structures to meet today’s demands that have since outgrown a system designed for the very different world that prevailed at its foundation in 1945. Change is long overdue.

Mr. President, This is the first meeting we are having here in New York without the restrictions that characterised the last three years. The COVID-19 pandemic ripped across National borders like a toxic whirlwind, leaving in its wake a legacy of pain and loss.

Happily, we also witnessed an incredible level of innovation and creativity from those who devised treatments and vaccines. These laudable achievements were underpinned by partnerships and international cooperation.

We have also seen the bravery, care and endurance of health professionals at every corner of the globe.

I am happy to note that in Nigeria, our healthcare agencies were able to form effective local management and engaged international partnerships with multinational initiatives like COVAX and private groups like the Bill and Melinda Gates Foundation

These efforts helped mitigate the impact of the pandemic and we were mercifully spared the images of overwhelmed hospitals, overworked healthcare personnel and high mortality which sadly we saw elsewhere.

With COVID19, we saw very clearly how states tried to meet the challenge of a threat that could not be contained within national borders.

The results were mixed; but at its best, cooperation among stakeholders was outstanding. It facilitated solutions that saved countless lives and eased the huge burden of human suffering.

That same theme of unilateralism and the promotion of national interest competing with the common cause in the face of an existential threat has been our recurring experience in recent times.

In every address I have delivered to this august Assembly, I have dwelt on the issue of climate change, especially as it fuels conflicts and complicates food security.

Climate change reduces opportunity and prosperity which, in Africa, Latin America and some parts of Asia, also contributes to transnational organized crimes.

As part of Nigeria’s efforts at achieving our Global Net-zero aspiration, the current Administration last year adopted a National Climate Change Strategy that aims to deliver climate change mitigation in a sustainable manner.

The measures we took at the national level also require climate justice. Africa and other developing nations produce only a small proportion of greenhouse gas emissions, compared to industrial economies.

Yet, we are the hardest hit by the consequences of climate change as we see in the sustained droughts in Somalia and floods of unprecedented severity in Pakistan.

These and other climate-related occurrences are now sadly becoming widely commonplace in the developing world. We are, in effect, literally paying the price for policies that others pursue. This needs to change.

At the COP26 in Glasgow last year, I did say that Nigeria was not asking for permission to make the same mistakes that others have made in creating the climate emergency.