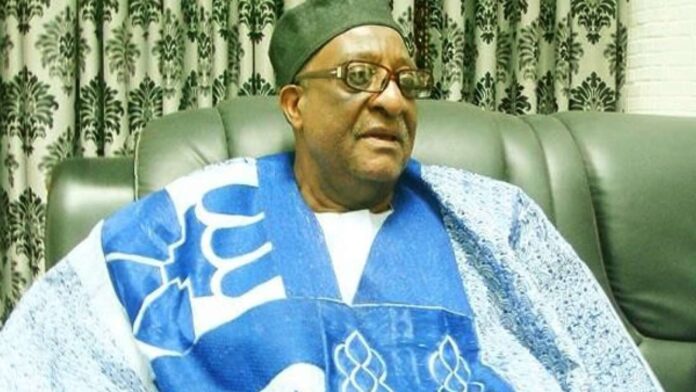 The chairman of the Board of Trustees of the Peoples Democratic Party, Walid Jibrin, has resigned from his position.

He disclosed this at the National Executive Council meeting currently going on in Abuja.

Jibril’s resignation occurred amid agitation by the southern caucus of the PDP for the party’s national chairman, Iyorchia Ayu, to step down for a southerner.

Governor Nyesom Wike of Rivers State and a former PDP Deputy National Chairman, Bode George, amongst other southern members of the main opposition party had consistently demanded Ayu’s resignation but the former senator maintained that he won’t resign.

Earlier, Jibril had said it is unfair that PDP produced presidential candidate in the person of Atiku Abubakar (Adamawa State), and Ayu (Benue State) both from the north.

The Nasarawa-born chieftain had said he to was willing to sacrifice his office for peace to reign in the party.