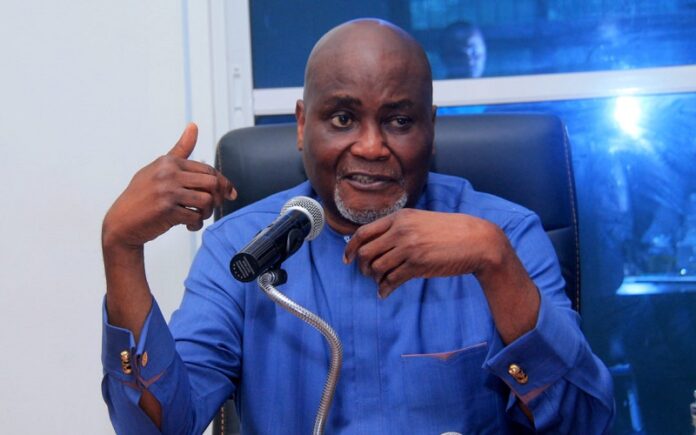 The late Dokubo was born in Abonnema, Akuku Toru Local government of Rivers state on the 23rd of March 1952.

He had his primary and Secondary School education in Abonnema. He did his ‘A’ levels at Huddersfield Technical College in West Yorkshire.

From 1978-1980, Dokubo was admitted to the University of Teesside at Middlesbrough, where he undertook a course in modern History and politics and was awarded a BA [Hons.]

He completed his Masters Degree in Peace Studies, before continuing his doctoral degree in Nuclear Weapon Proliferation and its control.

In 1985, he was awarded his doctoral degree in the same University of Bradford. He was later appointed a temporary lecturer in the department before proceeding to Nigeria in 1993.

He was a Research Professor at the Nigerian Institute of International Affairs in Lagos.

President Muhammadu Buhari suspended Dokubo as the coordinator of the amnesty programme in 2020 over alleged corruption.