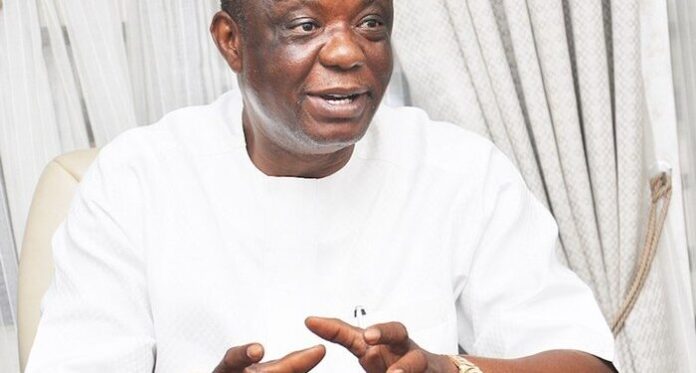 Billionaire businessman and Chairman, Ocean Marine Services Limited, Capt Idahosa Okunbo who has been battling a protracted illness is dead!

Family sources who broke the sad news exclusively to The Boss this morning said that the amiable gentleman who delved into politics in the last few years died in London, United Kingdom at 63.

Though the cause of death is still sketchy, we were told that his passing maybe be related to the effects of his long battle with cancer. Idahosa Wells Okunbo was a business magnate, investor, philanthropist and trained commercial pilot.

Okunbo from Edo State had his primary education at Government Primary in Benin City, old Bendel State, now Edo State. He proceeded to Federal Government College,Warri and studied at the Nigerian Civil Aviation Training Centre, Zaria, Kaduna State, and became a professional commercial pilot at the age of 21. He also attended ACME School of Aeronautics, Fort Worth Texas in 1983, where he obtained an Airline Transport Pilot License.

Upon graduation, Okunbo became a professional commercial pilot, and was made a captain in 1983 at the age of 25. He was a flight captain with Intercontinental Airlines for about two years, then was employed by Okada Airlines for three years. In 1988, he retired from piloting at the age of 30, having logged over 7,000 hours of flight time, and ventured into private business.

Okunbo established Hoslyn Ventures Nigeria Ltd. a company that was involved with procurement in the Nigerian petroleum sector and from their he began to flourish.