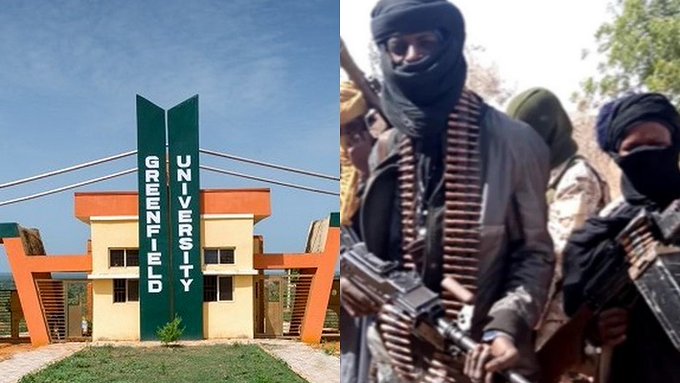 Kidnappers of the students of Greenfield University, Kaduna have threatened to kill the remaining students in their custody.

At least 23 students including a staff of the privately-owned university, located along the Kaduna-Abuja Highway were abducted from the school on April 20, 2021.

A few days later, five of the students were killed by the bandits.

Leader of the gang, Sani Jalingo, who spoke to the Hausa Service of the Voice of America, demanded a ransom of N100 million and ten motorcycles.

Jalingo warned that failure of the Kaduna State Government or the students’ family to meet their demands by Tuesday would lead to the killing of the students in their custody.

He insisted that if their demands were not met trucks would be used to evacuate the lifeless bodies of the remaining students.

He said 17 of the abducted students, including 15 females and two males are in their custody.

Jalingo disclosed that the families of the remaining students had so far paid N55 million to them.

The bandits had earlier demanded N800 million ransom when the students were freshly abducted.

Kaduna State Government has insisted it would not negotiate with bandits.