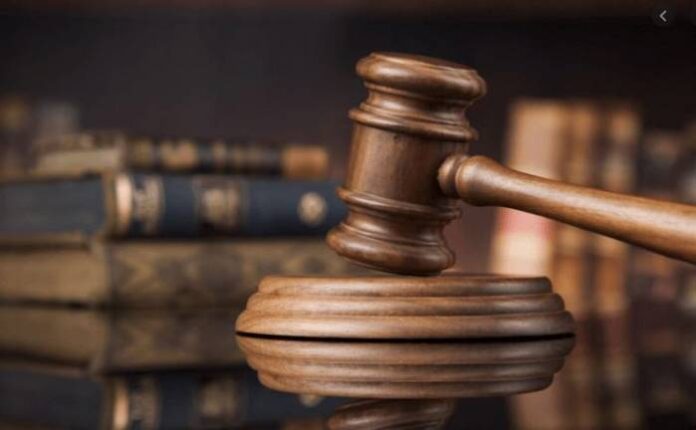 Judicial activities were paralyzed on Tuesday at the Magistrate’s and High Courts in Badagry following an indefinite strike embarked upon by Judiciary Staff Union of Nigeria (JUSUN).

A check at the Badagry courts by the News Agency of Nigeria (NAN) indicated that the complex was shut while the workers were sitting under a mango tree beside the building.

A notice of strike was pasted at the entrance of the court building with the inscription: “Judiciary Staff Union of Nigeria Lagos Branch, embarks on nationwide strike.

“This is due to the non-implementation of a financial autonomy of the Judiciary; the strike commences on April 6,” the notice said.

Those whose cases had been scheduled for Tuesday were forced to return home, while overnight cases were taken back to the different police stations within Badagry Division.

In his reaction, Mr. Mohammed Sodipo, Chairman, Nigerian Bar Association (NBA), Badagry Branch, described the strike as a surprise to the body.

“As at April 5, the NBA had appealed to the union to shelve its proposed strike.

“Actually, what they are fighting for is a just cause because President Muhammadu Buhari had signed financial autonomy for the judiciary workers; there is nothing stopping the state from executing it.

“We even learnt that the Federal judiciary have started implementing it, so, this should be applicable to their counterparts at the state level,” he said.

The chairman noted that since the union believed that the only way to address the problem was through strike, the association had no choice than to support them.

According to Sodipo, if the executive and the legislature are giving financial autonomy, this should be replicated at the judiciary.

Mr. Oliver Pessiko, a lawyer, who had a case in court, said he was saddened by the development.

Pessiko stated that judicial matters had suffered a lot during the COVID-19 pandemic lockdown.

“I think this is the time to resolve all the matters.

“Unfortunately, the court is locked now due to the strike by the workers, when are we going to get it right in this country.

“The government should resolve the issue on time because court is the only hope of a common man and when justice is delayed, it is denied,” he said.

Mrs Elizabeth Sewedo, who came for an affidavit but could not get it due to the strike, urged the government to step in so that work could start.

Sewedo said she came for the affidavit to collect her National Identification Number (NIN).

NAN reports that JUSUN had earlier declared that the indefinite action would commence after the Easter holidays.

A circular issued on Saturday ordered the closure of courts across the country from April 6.

The communication signed by JUSUN’s General Secretary, I. M. Adetola, was sent to all states and zonal heads of the union. (NAN)