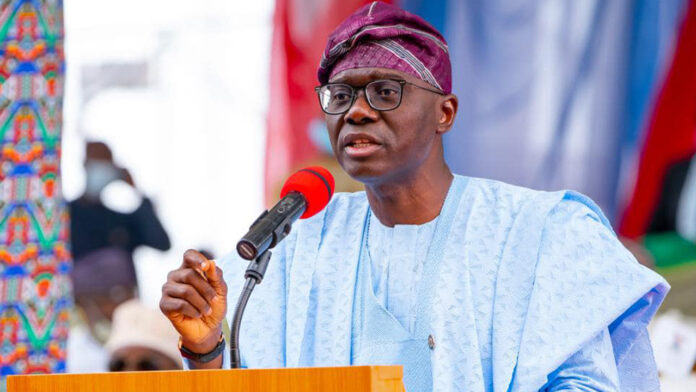 The Governor of Lagos State, Mr. Babajide Sanwo-Olu, has said the Ibeju-Lekki axis of the State is prospering richly because of the prophetic utterances of the late sage and Premier of the old Western Region, Chief Obafemi Awolowo.

Governor Sanwo-Olu made the statement on Sunday evening after watching a stage musical drama performance titled ‘Awo: The Man, His Jewel And…’ produced by The Duke of Shomolu, a theatre company run by Joseph Edgar.

Governor Sanwo-Olu said the uniqueness in what was presented on “Awo: The Man, His Jewel And…” was bringing back memory of Ibeju- Lekki where Awolowo was incarcerated and the blessing the Premier of the Western Region showered on the community, which had come to reality.

The play “Awo: The Man, His Jewel And…” which took place at Glover Memorial Hall, Lagos Island, showcased the political life and times of Chief Obafemi Awolowo and his wife, late Chief (Mrs) Hannah Dideolu Awolowo, who the late sage himself described as ‘Jewel of inestimable value.’ The play was directed by renowned director, Makinde Adeniran.

Speaking at the event, Gbajabiamila gave kudos to the producer, Edgar, saying what he saw with the presentation was “immortality.”

The Speaker, while noting that it was common to have people who had passed being brought alive through books, drama and others, and not really through music, declared that the takeaway he had of the Awolowo from the presentation was that “once upon all the time, there was a man,” and not the common saying of once upon a time, there was a man.

Governor Sanwo-Olu in his address said one of the lessons and take aways from the theatre is the story about Lagos and more importantly the story about Ibeju-Lekki, where Awolowo was incarcerated for many months.

“For those who do not know, or have forgotten, Papa (Awolowo) was incarcerated in Lekki Town, Ibeju-Lekki, and he made prophetic utterances that the place will flourish, do well and be prosperous. Well, those prayers have continued to prosper the town.

“Ibeju-Lekki today is the most talked about in real estate and property development. Should we even mention the refineries, petrochemical plants, sea ports, among others? There is no other place we can talk about in Nigeria now like Ibeju-Lekki, particularly Lekki town. Papa Awolowo’s blessings have come true upon that town,” he said.

Speaking on the importance of the ‘Awo: The Man, His Jewel, And…’ to Nigerians, especially the younger generations, Governor Sanwo-Olu said the play showcased those who stood their grounds and brought the conversation about a united Nigeria to the front burner.

He said: “This story is also important, especially for the younger generation who wouldn’t have the opportunity to understand and reflect back on what life was like in the days of Awolowo, our fathers and grandfathers. It is very easy for us to push history behind, but this play has told us about those who stood their grounds in the conversation for Nigeria.

“When we hear about Awolowo, some people might not be able to put it in proper perspective, but those who have watched this musical show tonight can begin to connect that indeed these were great men who helped to shape the narrative of this country.

That is why all of us must hold on tightly to ensure Nigeria remains one, despite its ups and downs. We need to hold ourselves in these difficult times with the assurance that we will weather the storm together and come out stronger and better.”

Governor Sanwo-Olu said he was excited to see the past glory of Glover Memorial Hall being brought back. He also expressed his appreciation to the Director of Duke of Somolu Production, Joseph Edgar, for bringing entertainment back to Lagos.

“We are not only proud of what Duke and his wife has put forward. This is Lagos for you and we are happy and excited that we can bring back the glory of Glover Memorial Hall. Let’s bring more theatres, arts and issues back to Lagos, Western Nigeria and what we usually know and hear about in years past.”