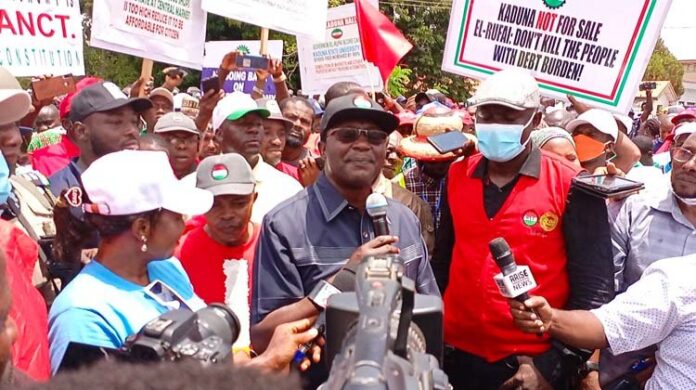 The Federal Government has appealed to the Nigeria Labour Congress to cancel its planned protest over the prolonged strike of the Academic Staff Union of Universities and other university-based unions.

The Minister of Labour and Employment, Chris Ngige, made the appeal on Thursday at a meeting with the leadership of the NLC in his office.

Also in attendance at the meeting were the Minister of State, Labour and Employment, Festus Keyamo, and the Permanent Secretary of the Ministry, Kachollom Daju.

Ngige in his speech, updated the labour leaders on the efforts so far made by the Federal Government to resolve the impasse in the university system, saying that efforts were still ongoing.

The NLC had on July 17 announced that it would kick off a nationwide protest on July 26 and 27 to pressure the Federal Government to resolve the five-month-long strike by ASUU and other university-based unions.

The PUNCH reported that ASUU embarked on the industrial action on February 14, over what the union described as the failure of the government to address some of its demands.

In a statement signed by the Head of Press and Public Relations, Federal Ministry of Labour and Employment, Olajide Oshundun, the minister reminded the NLC leadership that he incorporated them into the tripartite conciliation going on in his Ministry and being very much aware of efforts of the government to resolve the impasse, they could not embark on any rally or protest.

He further told the labour leaders that the Federal Executive Council mandated him to notify them of the serious security implications of the planned protest.

According to him, a security report also sent to his office by the Department of State Services, strongly warned against holding the protest, slated for July 26 and 27.

He urged the NLC National Executive Council to reconsider the planned rally as hoodlums might take advantage of it to cause breach of security.

Ngige expressed the concern of the Government that politicians might cash in on the rally to wreak havoc in the country.

Responding, both the Deputy President of the NLC, Comrade Najeem Usman and the General Secretary, Comrade Emmanuel Ugboajah, assured the Government of a peaceful protest by the Congress, saying that infiltrators would not be allowed to participate in the protest.

Ugboajah said the NLC appreciated all the efforts of the minister towards the resolution of the industrial actions in the university system and pleaded with him not to hands off the conciliation.