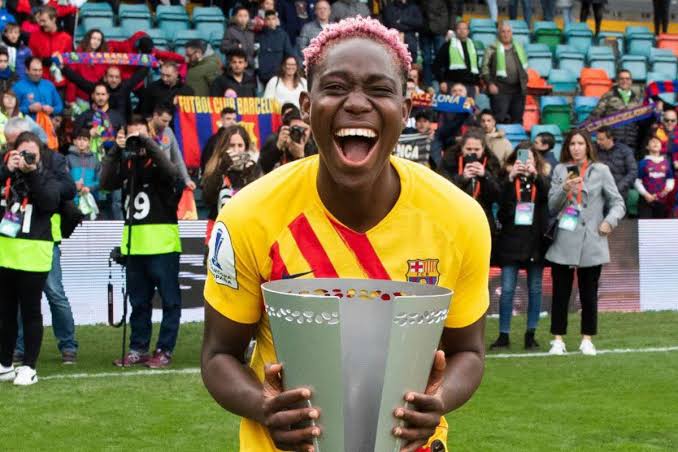 Super Falcons forward, Asisat Oshoala and her Barcelona teammates have been crowned champions of the Spanish women’s league.

Barcelona were confirmed champions after they defeated Granadilla Tenerife 1-0 away on Sunday.

The win was enough as other results went their way, with title rivals Levante falling to a 1-1 away draw against Espanyol.

The winning goal for Barca was scored by Bruna Vilamala in the 38th minute.

Oshoala was not available in the game that sealed their triumph in the women’s league due to an ankle injury she is nursing.

Barcelona clinched the title after 26 fixtures, winning all of the games to successfully defend the title and clinching it the top-flight for the sixth time.

With few games left until the end of the season, Oshoala has bagged 15 goals in 21 league games and currently occupies fourth position in the scorers chart.