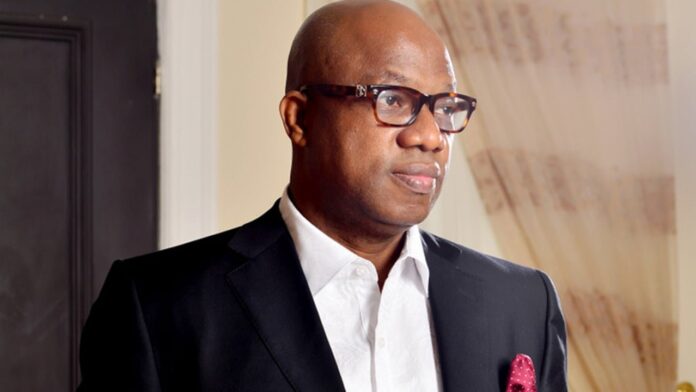 A group within the Ogun State chapter of the All Progressives Congress (APC) has described Governor Dapo Abiodun as an uninspiring and lackluster option for the 2023 governorship election in the state.

The group, under the auspices of the Real Progressives Group, Abeokuta South Local Government, was reacting to a purported endorsement of Gov Abiodun for a second term in office by one Hon. Adetunji Fagbenro, said to be the APC Chairman, in Abeokuta South.

Reacting, the APC group disagreed with Fagbenro, asking, “What performance yardstick was used to catapult a governor that was widely perceived as the most corrupt and clueless of all the governors in recent times?”

In a statement made available to DAILY POST on Thursday, the convener of the APC group, Leke Adebayo, said party members in Abeokuta South are not out to begrudge Fagbenro over his “preposterous preferences”.

However, Adebayo alerted the entire members of APC and the general public that, “the purported endorsement of the Governor for a second term was nothing but a questionable arrangement and a charade which smacks of disguised eye service and indicative of the pervasive corruption of the administration. It is simply laughable, to say the least.”

He added, for the avoidance of doubt, that “no endorsement has been carried out by the party in Abeokuta South Local Government,” declaring the pronouncement by Fagbenro was dead on arrival for not following due diligence and due process.

The statement reads inter alia: “At a time the APC national leadership is pushing for more inclusiveness in the party and paying attention to giving greater role to the teeming members, we expect leaders at the grassroots level to also key in and play complementary roles rather than muddling up the political waters and muzzling alternative expressions within the fold.

“We wish to state emphatically that we are not averse to Governor Abiodun’s reelection in any way. But since ours is a democratic setting where multiple choices and considerations are allowed, we desire due process to be followed in arriving at any endorsement. There should not be any kangaroo method or backdoor approach to gubernatorial candidacy.

“Amid the possibility of having direct primary in selecting party candidates for the 2023 elections, restricting the fate of our Party to an uninspiring and lackluster option may result in ugly consequences. The electorate is becoming more sophisticated and cannot be hoodwinked anymore.

“The memory of the patently rigged primary 2019 election is still fresh in our minds. In Abeokuta South Local Government, the discerning majority of members will not take that road to perdition as the 2023 elections draw near.”