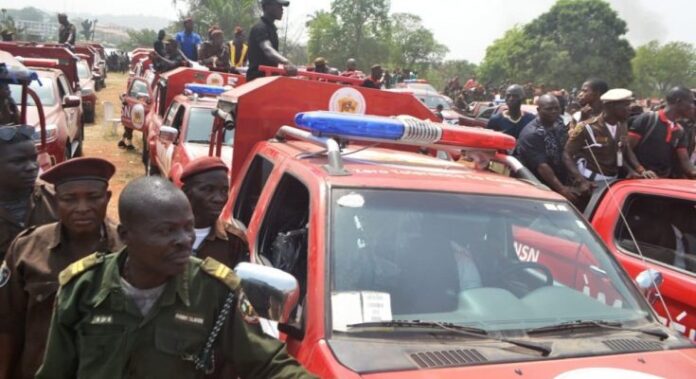 The suspected kidnappers were arrested yesterday at Igbara-Odo in Ekiti South West Local Government, following abduction attempt on a woman along Erinjiyan-Igbara Odo Road on Monday.

The suspects, who speak Fulfulde, include Abubakar Musa, 25; Yussuf Lawal, 20; and Babangida Usman, 30.

A source said the kidnap gang attacked the woman on the farm with machetes and injured her on the head.

He said the suspects escaped into the bush when they saw people, adding that the woman had been taken to a health facility.

Confirming the arrest, Amotekun Corps Commander Brig. Gen Joe Komolafe (rtd) said the kidnap gang had been arrested, following a tip-off by people in the area.

Komolafe said the suspects would be handed over to the police for investigation and prosecution.