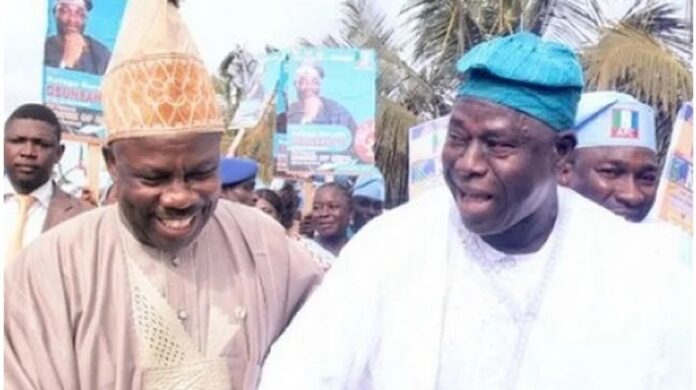 A chieftain of the All Progressives Congress in Ogun State, Babatunde Onakoya, has defected to the Peoples Democratic Party with his loyalists.

Onakoya, an ally of former governor of the state, Ibikunle Amosun, popularly called Debasco led his group known as Debasco political group into the PDP.

Onakoya and his followers officially joined the party on Wednesday at an event held in his Atiba residence in Ijebu Ode.

Debasco disclosed that he was forced to leave the ruling party because of the unsettled rift in the party.

Onakoya, who used the occasion of his 69th birthday to join the opposition party, said that though Amosun and the incumbent governor, Dapo Abiodun, are his brothers, he has no choice than to leave the ruling party due to the lingering crisis in the party.

Speaking before handing over the PDP flag to Onakoya, the Ogun PDP Chairman, Sikirulahi Ogundele, disclosed that people are daily trooping into the opposition party because it is so glaring that the ruling party has failed woefully both at the state and national level.

Ogundele disclosed that just last Friday, over 10,000 people defected into PDP in the state saying that even before the 2023 general elections people have made up their minds to end the hardship foisted on them by rejecting the APC.