ALL NIGHTCLUBS IN PORTHARCOURT WILL SOON DIE –DAVID IBIYOMIE 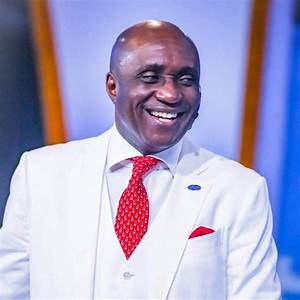 Pastor David Ibiyomie, the General Over seer of Salvation Ministry has categorically declared that all night clubs owners in the city of Port Harcourt will soon be out of business because the church and her members will soon acquire their properties for God’s work.

The eloquent preacher made the declaration when he was preaching on his recent worldwide program “Reign of Glory”, . he pointed out that were God’s blessings are you take over completely and live sinners with nothing particularly if you have given sacrificially to God. He pointed to some strategic properties of the church that were night clubs and sold to the church as a prove. ‘’Look at these buildings around us they were all night clubs and when I pointed to them that will soon be for God’s use they were all sold to us and I tell you the city of Portharcourt will soon be free of Night clubs because they have caused enough havoc”

He went further by warning internet fraud stars in Nigeria to stop or face death in the nearest future. In his words “anybody involved in Yahoo business should stop now or they will die and any police man who takes money from them to free them from the law will also die with his family. Because how can they take someone’s live saving and he dies then you collect money to free him you too will die, stop giving them chieftaincy titles treat them as thieves because that is what they are. And this prayer I prayed if you like go to another pastor he can’t pray you out. How can you sit down as a young man you wont work just pick up a story and start scamming people, people who fall victim are also thieves, how can some tell you to send your bank details that you have won money and you send what did you do to get that money? You too are a thieves. Repent now or die.

Instantly we put a call across to, Edwine Okolie, the proprietor of Eddiz wine bar, a long standing night club in the garden city to hear  his view on the matter and he served it hurt “he is a big hypocrite we are doing the same  thing, he gathers people and collect their money by brain washing them and we offer them hospitality and get paid so God cannot answer that prayer, in fact he is a big hypocrite, because I Know winning a dance competition gave him his first shot to lime light. How can he be condemning us as if we are evil doers were all one and the same God will not answer his prophecy  he concluded.