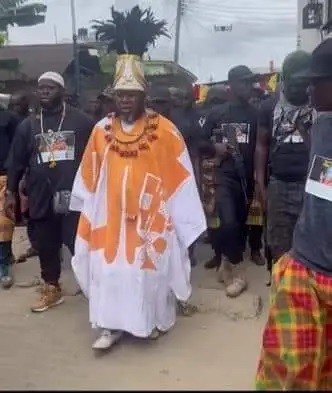 “You take the whole of Bayelsa own (portion), and then you come to Kalabari. If Timipre Sylva gave you because he wants to clip my wings, when he was a House of Assembly member, did I clip his wing?

“I am older than he is. When he was governor, did I clip his wings?

“That I am becoming too powerful, so he connived and gave pipeline contract so that he will destroy what we are doing to make the government he is part of, stable.

“Therefore, he brought Tompolo and Tompolo gathered people and told them he would buy guns and give them. Let them come.

“I am not boasting. I think soldiers will guide him here. Let them come. I did not talk about Rivers state. I said Kalabari. They cannot take it. Let them take any place they like, not Kalabari.

“You are collecting over N4.5 billion a month for doing nothing and people come to Oporoza to support you.

Maintaining that Tompolo did not save him as some people purported, he asked, “Where did Tompolo save me? I am the one that saved Tompolo.

“People are alive, they know. Does Tompolo leave Oporoza? Does he not know me? Saved me where, how?

“I took my things there. I went to fight them with my men. When I want my things back, they did not agree to give me.