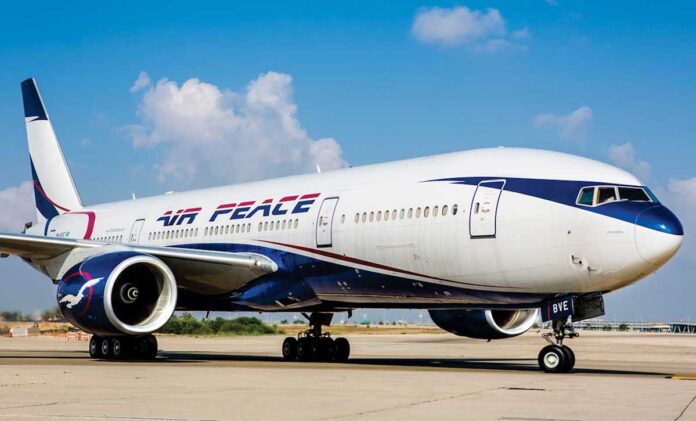 Onyema said this during a grand reception of the second Embraer 195-E2 jet yesterday, at the Nnamdi Azikiwe International Airport, Abuja. He lamented that despite the Federal Government’s removal of import duty on importation of aircraft, one of his aircrafts has been in the custody of customs for over one month over import duty. He urged the government to call customs to order over the anomaly, stressing that but for the timely intervention of the Minister for Aviation, Hadi Sirika, most airlines would have collapsed last week.

“I want to thank the Minister of Aviation for the revolution he has brought in the industry. I want to thank the president for removing customs duty on the importation of aircraft and removing Value Added Tax(VAT) from ticket fares. This president has done very well for the aviation industry by signing into law these demands that we presented to him.

“I plead with the Federal Government to talk to Customs Service to try and feel the pulse of the president of this country and his regime. The customs knows very well that waivers have been signed into law, yet I have an aircraft on ground for over one month, an aircraft I pay over one million dollars of insurance whether it flies or  not. I pay over N490million with  a staff strength of over 3,000 people, yet our spare parts and engines will come into this country and customs had  withheld them and giving us all manner of bills to pay.

‘’If not for the intervention of the Minister of Aviation last week, all the airlines in the country would have shut down. Where does that leave this economy of this country? Air Peace in particular had an engine which should be cleared in one day but has taken over one month to clear.

In the neighboring republic of Benin, it takes 48 hours to clear goods. The engine involved was removed from here and taken back to the manufacturers to rectify something but it has stayed for one month with customs. This is not a new import.

“The Director General of World Trade Organisation (WTO), Ngozi Okonjo-Iweala, talked about customs in this country yesterday and about facilitating business. The customs of Nigeria are not above the law,” he said.