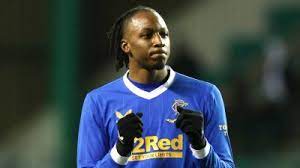 The Reds announced the signing of Taiwo Awoniyi on Saturday and are looking at another Nigerian to bolster their options.

Nottingham Forest owner, Evangelos Marinakis is supporting the team financially and is setting them for a strong outing in the Premier League.

Per the Scottish Sun, Steve Cooper has identified Joe Aribo as an important signing for the club and a £10-12m bid has been earmarked for the Rangers midfielder.

Aribo has a year left on his contract at Ibrox and has signified interest in moving to England.

Crystal Palace and Fulham have also been mentioned as potential destinations but the latest reports from Scotland say Nottingham Forest are leading the chase and have shown the greatest interest in Aribo’s services.

The Super Eagles midfielder scored in the Europa League final and has long been in the eyes of Premier League clubs.

His impeccable fitness saw him play 70 games across all competitions for club and country last season and was arguably the fittest player in the world last season.